Analysis of EUR/USD Divergences on August 27. It is brewing a coup upside down 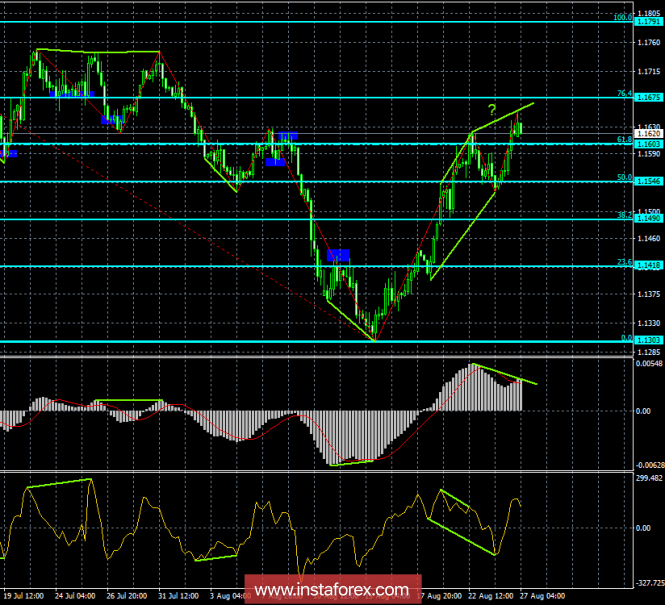 According to the 4-hour chart, the EUR/USD pair had reversed in favor of the European currency and closed above the 61.8% Fibo level to 1.1603, after the bullish divergence of the CCI indicator. As a result, the growth process can be continued on August 27 towards the next correction level of 76.4% – 1.1675. Today, the bearish divergence of the MACD indicator is maturing. Its formation will allow us to consider reversal in favor of the US dollar and a slight decline towards the corrective level of 50.0% – 1.1546. The rebound of quotes from the 76.4% Fibo level will similarly work in favor of the US currency. Purchases of the EUR/USD pair can now be carried out with the target at 1.1675, and a stop loss order below the Fibo level of 61.8%, as the pair completed the closing above the correction level 1.1603, and hold them until a bearish divergence forms.

Selling the EUR/USD pair will be possible with the target at 1.1546, if the pair completes the closing at the Fibo level of 61.8% or a bearish divergence is formed with a Stop Loss order above the level of 1.1603.