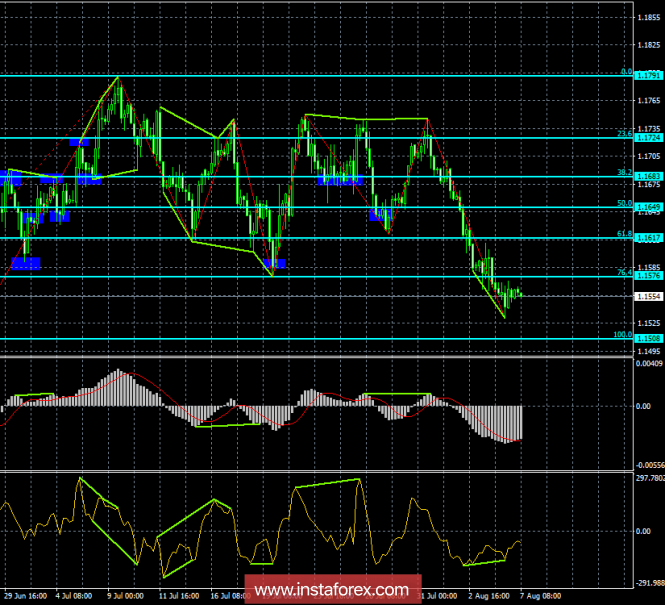 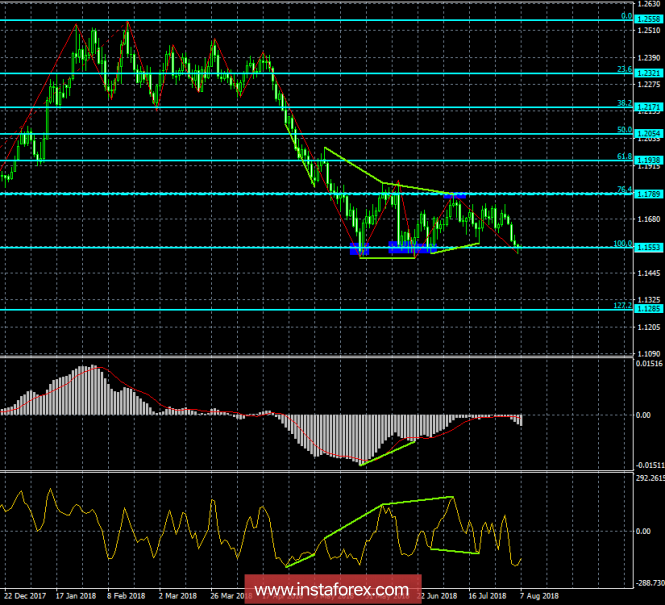 Purchases of the EUR / USD pair can now be carried out with the target of 1.1576 and the Stop Loss level under the low divergence, since a bullish divergence has been formed. Closing above the level of 1.1576 will allow to hold purchases with the goal of 1.1617.