Analysis of GBP / USD Divergences for October 26th. The pound has a chance for a short break. 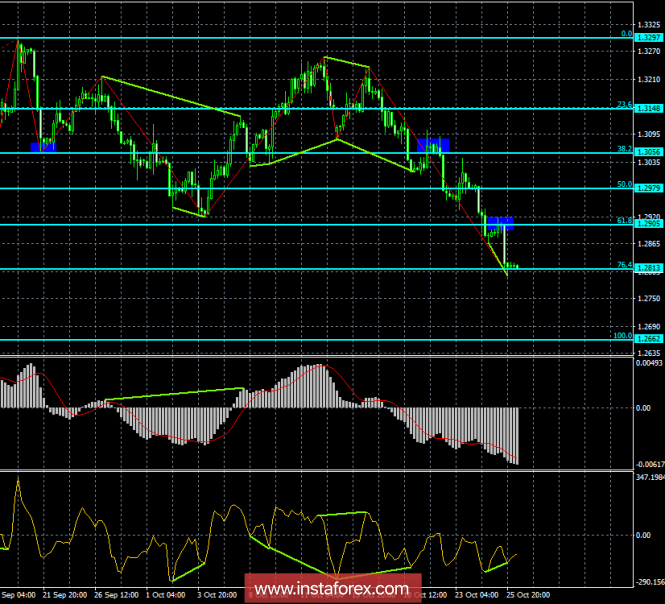 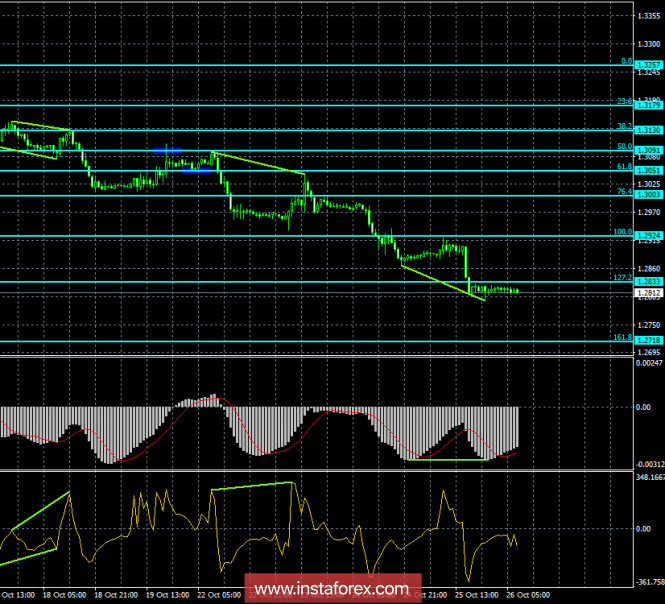 Selling of the currency pair GBP / USD will be possible with the target at 1.2718 and a Stop Loss order above the level of 127.2% if the pair closes under the last low divergence (hourly chart).