Analysis of GBP / USD Divergences on September 18. The bearish divergence is brewing: it is possible to fall 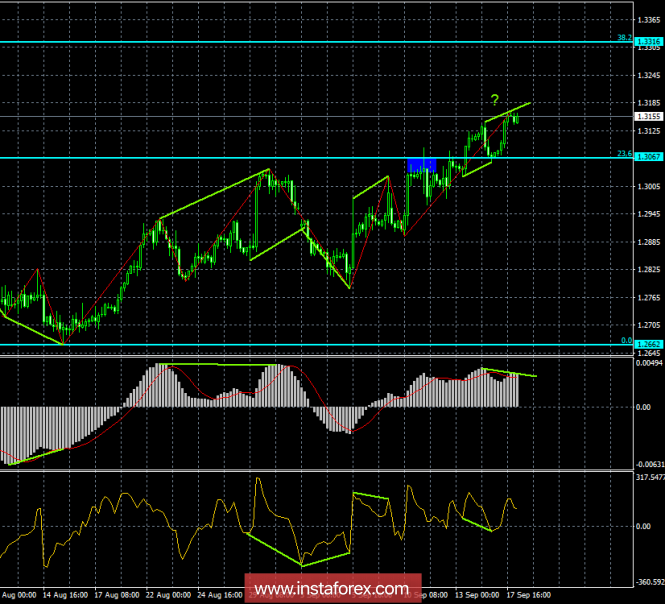 The bullish divergence formed by the CCI indicator on the 4-hour chart allowed the GBP / USD currency pair to turn in favor of the British currency and resume the growth process in the direction of the correction level of 38.2% – 1.3316. September 18 is maturing bearish divergence in the MACD indicator. Its education will allow you to count on a turn in favor of the US currency and a return to the Fibo level of 23.6% – 1.3067. The consolidation of the pair’s rate under the correction level of 23.6% will increase the probability of continuing the fall of quotations towards the next Fibo level of 0.0%. 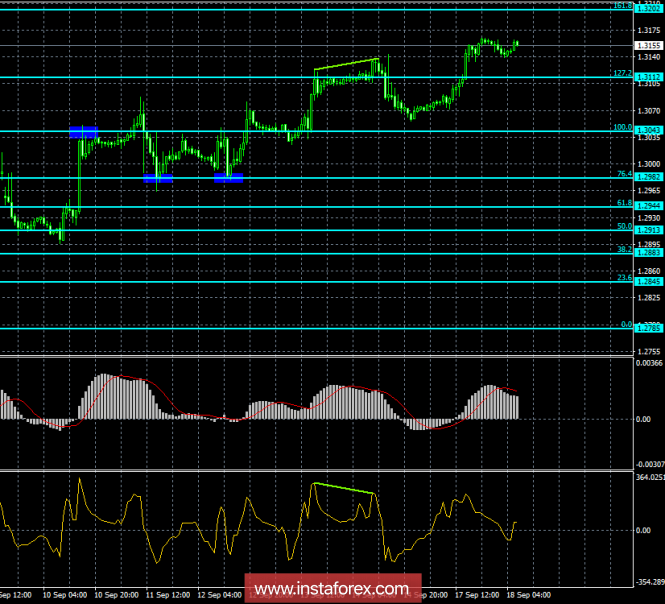 The purchases of the GBP / USD currency pair can now be carried out with a target of 1.3202 and a Stop Loss order under the correction level of 127.2%, as there was a close above the Fibo level of 1.3112 (hourly chart), and hold until the bearish divergence formed on the 4-hour graphics.