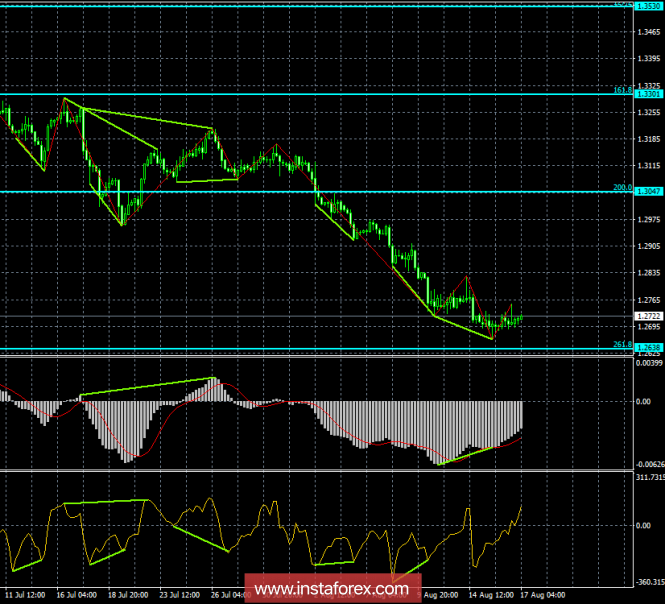 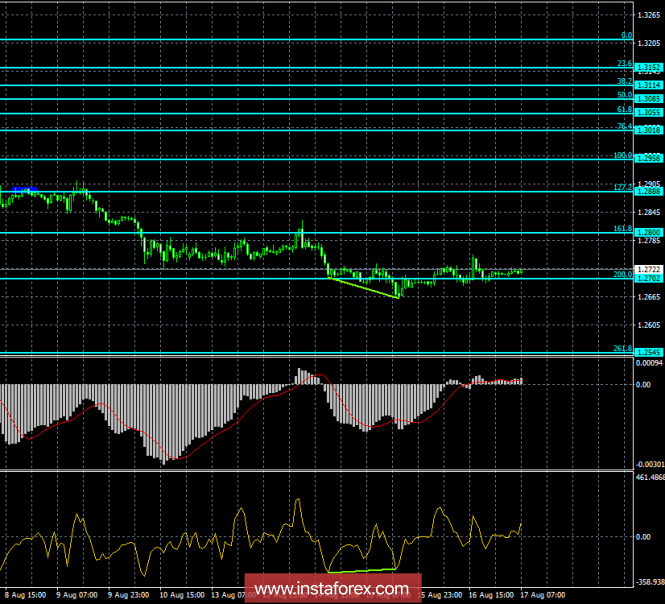 Purchases of the GBP / USD pair can now be considered with the target of 1.2800 and Stop Loss order under the correction level of 200.0%, as there was a close above the Fibo level 1.2702 (hourly chart) with the formation of a bullish divergence.