Analysis of the divergence of GBP / USD on October 9. Will the pair break the mark of 1.31? 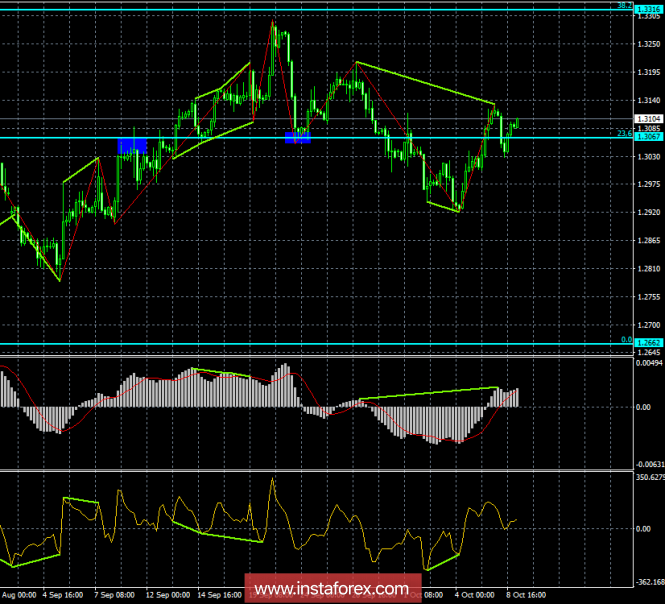 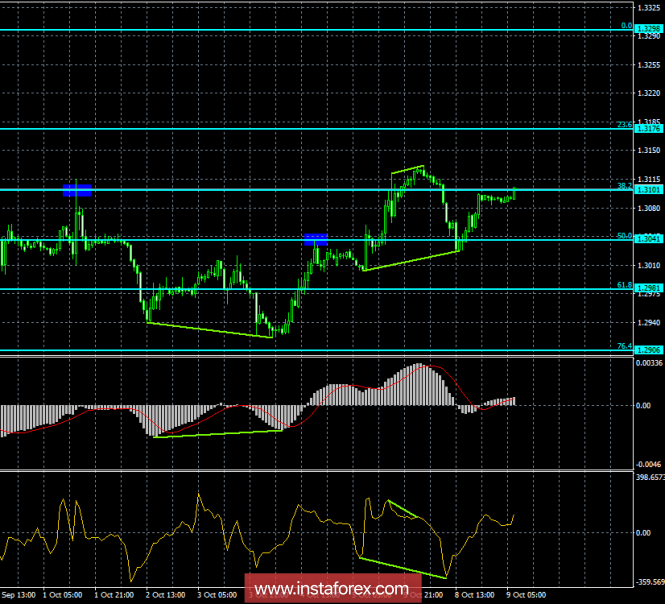 New purchases of the GBP / USD currency pair can be made with the target of 1.3176 and a Stop Loss order under the correction level of 38.2% if the closing above the Fibo level is 1.3101 (hourly chart).