AUD / USD: China and the RBA put pressure on the Australian dollar

At today’s meeting, the Reserve Bank of Australia did not impress traders with its rhetoric. The tonality of the accompanying statement was rather negative, despite the absence of obvious “failures” among the key macroeconomic indicators. The reaction of AUD / USD was appropriate. On the one hand, the bulls of the pair had to leave the framework of the 72nd figure, but, on the other hand, there was no pulsed / large-scale decline. In other words, Aussie reflected the negative side of the October meeting, but did not panic, staying within the multi-day price range.

The main claims of the Australian regulator were the growth rates of wages and household consumption. The dynamics of these indicators is largely related to each other, and their weak growth is reflected in the dynamics of inflation. This is not a problem today. As early as the end of 2017, a similar trend disturbed regulator members so much that some of them (in particular, Jan Harper) allowed a reduction in the interest rate if the incomes of the population and consumer activity of Australians do not grow. Today, monetary policy easing is not talked about, but the urgency of the problem remains high. 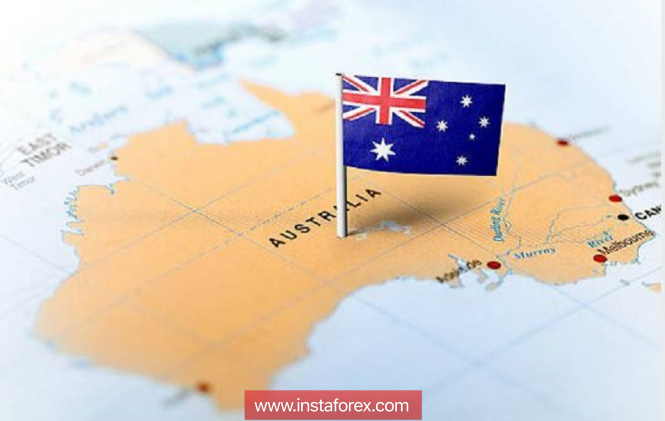 The remaining theses of the RBA were neutral. The regulator said that the level of the current interest rate supports the economy, as well as the low rate of the Australian against the dollar. Unemployment will gradually decline to five percent, and inflation will also gradually increase in 2019 and 2020. In the same vein, the Central Bank assessed the dynamics of other key indicators: smooth, gradual growth against the background of external risks. Calm rhetoric has been ignored by the market, as it has been repeated for more than one month. Traders responded to concerns about wages, but only “formally”. Following the meeting, the pair fell by only fifty points. And then, the focus of the market shifted to a slightly different plane.

The fact is that the Australian dollar reacts quite sharply to the American-Chinese conflict. Any hints of escalation (or de-escalation) of the trade war have a strong influence on the dynamics of AUD / USD. Therefore, today’s Aussie movement should be viewed solely from this point of view, taking into account the “passing” meeting of the RBA. Unfortunately, relations between China and the United States leave much to be desired. Literally today, it became known that the head of the Pentagon canceled his visit to Beijing “because of the growing tensions between the countries.” This is unofficial information, with reference to a high-ranking source, it published one of the most influential American publications. According to insiders, the matter is not only in a trade war, which is likely to be continued in the near future. There are other fairly weighty claims of the United States to the Middle Kingdom.

In particular, we are talking about China’s attempts to intervene in the elections to the US Congress. It was precisely such accusations voiced by Trump against Beijing. In his words, the Chinese are trying, “using various means,” to prevent the Republicans from winning the midterm elections on November 6. He did not specify which methods the PRC resorts to, but, by and large, this is not so important in the context of the foreign exchange market. It is obvious that under conditions of mutual accusations, it is not necessary to expect trade negotiations, and even more so, the conclusion of a mutually beneficial transaction. The incident in the disputed waters of the South China Sea only eloquently confirmed all of the above. I remind you that yesterday, the Chinese warship Luyang, in the opinion of the Americans, “made an unprofessional and dangerous maneuver,” because of which, the US destroyer was forced to evade a collision.

China is the main trading partner of Australia, so this fundamental background puts pressure on the Australian dollar. Moreover, the macroeconomic indicators of China are not encouraging. In particular, the PMI index in the industrial sector, which is calculated by Caixin and Markit, fell to 50 points, that is, to a kind of “red line”. The decline is tendentious. It falls over the past four months, weakening to a year and a half minimum. If the index falls below the 50th mark, the Australian dollar will receive an additional reason for its weakening.

Thus, the fundamental picture contributes to a further decrease in AUD / USD. The lack of optimism on the part of the RBA, the further cooling of relations between the US and China, the slowdown in Chinese industry and the oversupply in the iron ore market all reduce the demand for the Australian dollar amid the strengthening of the US currency (the dollar index has now reached a three-week high of 95.22 paragraph).

From a technical point of view, if the currency pair AUD / USD on the daily chart consolidates below 72.02 (the middle line of the Bollinger Bands indicator), then the Ichimoku Kinko Hyo indicator will form a bearish Parade signal, and the price will be between the middle and lower lines of the Bollinger Bands . This combination will technically open the way to the bottom line of the above indicator, which corresponds to the price of 0.7090. If relations between China and the United States continue to deteriorate, the negative dynamics of the commodity market will put pressure on Aussie, and achieving this level of support will become only a matter of time.