AUD/USD: RBA optimism and a blank shot of Americans

During the Asian session, the minutes of the last meeting of the Reserve Bank of Australia was published today. Traders did not put much hope on it, but de facto this document could have a positive impact on the dynamics of the AUD/USD pair. The regulator was optimistic about the latest trends in the country’s economy and stressed that the next step of the RBA in relation to the interest rate will be its increase, and not vice versa. However, the central bank tactfully kept silent about the temporary guidelines, so the rhetoric did not impress market participants. 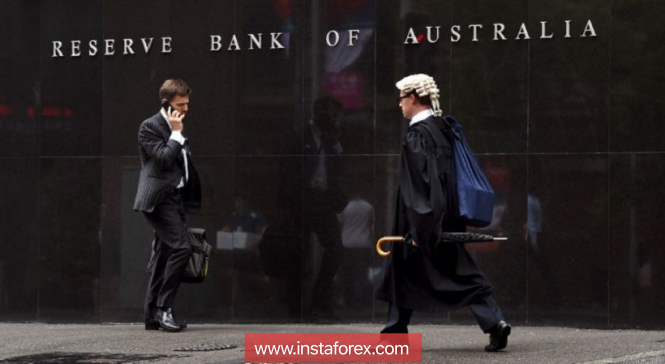 In general, the release of the RBA minutes, which we will discuss below, played the second violin in today’s “orchestra” of fundamental factors. By and large, the foreign exchange market is now focused only on the dynamics of the trade war between the US and China (the exception is the pound, since this currency has Brexit in priority). Therefore, the current growth of the AUD/USD pair is largely due to the news of the central theme, while the RBA minutes plays a supporting role.

So, Donald Trump still decided to escalate the trade war with China, despite the planned negotiations with Beijing. The logic of this behavior is difficult to explain, although US Secretary of Commerce William Ross, who, unlike Finance Minister Mnuchin, takes a “hawkish” position against the Chinese, voiced the arguments of the White House. According to him, such actions “corrects the behavior of China”, thereby motivating it to “a more constructive dialogue.” At the same time, he said that the initiative of further negotiations should come from the Chinese, not from Washington. Beijing has already been in a haste to inform that it will respond to this step with synchronous countermeasures (we are talking about five thousand US goods worth $60 billion: the rate will vary from 5 to 10%).

Contrary to the expectations of many experts, the US dollar did not benefit from the current situation, although in similar situations the greenback was in high demand. Such an “abnormal” reaction of the dollar is explained by the fact that the market was set for more harsh actions on the part of Washington. First, initially there were rumors about 25 percent tariffs, but the White House decided to dwell on a softer, 10 percent option (although the size of tariffs can be increased to 25% from 2019). Secondly, the Americans excluded more than three hundred items from the final version of the list of affected goods, including smart watches and chemical products.

These factors make it possible to say that Washington, on the one hand, “grinds its teeth”, and on the other hand, demonstrates its readiness for negotiations (albeit quite peculiar). It is difficult to predict whether the Chinese will be affected by the method of a whip and even a bigger whip, but the market interpreted the latest events in this way. It is likely that in this way Donald Trump is trying to speed up the process of negotiations before the elections to the US Congress, which will be held on November 6. The Chinese, in turn, take a wait-and-see position, but at the same time do not “slam the door”, leaving room for diplomatic maneuver.

Thus, at this time, traders did not panic about the escalation of the trade war, and the US currency remained “one-on-one” with macroeconomic indicators that have not been encouraging lately. And it’s not just about slowing inflation in August. According to experts, Americans are increasingly noticing the negative consequences of the tariff policy of the White House. One of the warning signals become yesterday’s release of the manufacturing index, which unexpectedly fell to six-month lows. And although this indicator is very minor, traders reacted to this release quite sharply, especially after the decline in consumer spending and the consumer price index. If this trend continues, the December rate hike may again be questionable (whereas now the probability of such a step is estimated at 82%).

In other words, today’s decline in the dollar index to 93 points is justified, despite the actions of the White House. Dollar pairs react accordingly, and the aussie is no exception. Especially against the optimistic tone of the minutes of the last RBA meeting.

In particular, the regulator said that it expects a further increase in the number of employed with a simultaneous decrease in unemployment at 5 percent; the central bank also predicted a positive growth of Australian GDP, while the country’s economy in the future “will exceed the potential in the period in the next few years.” Also, the RBA stressed that its next step is likely to be an increase in the rate. For the bulls of the pair, this nuance (which, in general, has a declarative nature) plays an important role, since, for example, the Reserve Bank of New Zealand did not rule out a reduction in the rate.

In summary, it should be noted that the dynamics of the AUD/USD pair depends entirely on the dynamics of the US-China trade conflict – or rather, from the market reaction to the actions of the opposing sides. If Beijing and Washington, contrary to recent events, do not refuse to negotiate, the “aussie” will get a reason for further growth.

Technically, the pair is currently testing the average line of the Bollinger Bands indicator on the daily chart. This is an important level for AUD/USD bulls: if the price consolidates above 0.7220, the Ichimoku Kinko Hyo indicator will form a “Golden cross” signal, which warns of a possible trend change. In the context of the current situation, this will mean that the pair will have the potential for further growth to the next resistance level of 0.7330 – this is the lower limit of the Kumo cloud on D1.