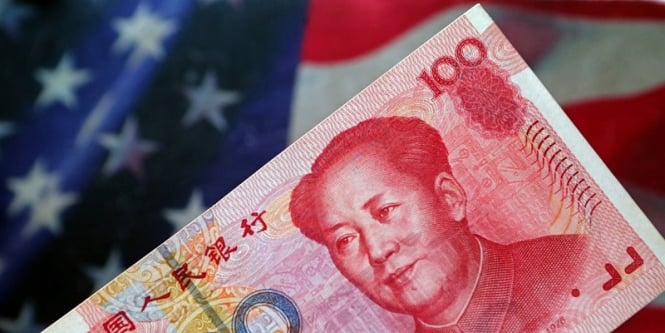 Under pressure, the Chinese yuan will drop below the psychologically important $ 7 a bit later this year or in 2019. This will provoke a further decline in the currency, which the US will not like and will cause a new wave of criticism from their side. The US Treasury said it would continue to “closely” monitor China’s monetary policy, although it refrained from calling the Celestial Empire a “currency manipulator” in its semi-annual report presented on Wednesday.

On Thursday, the yuan fell due to sales in the local stock market, the rate dropped to $ 6.94, the lowest level since January 2017. Now, the markets are trying to predict whether the yuan will beat the mark of $ 7, to which it has not dropped the last 10 years.

Some analysts believe that Beijing is trying to prevent a too sharp drop in the yuan, since capital will begin to leave the country. Others say the Chinese authorities may allow the yuan to fall below $ 7.

“As a rule, this level is considered psychologically important, but now that the yuan is dropping from $ 6.3 to $ 6.9 and this does not cause a significant outflow of capital from China, we believe that the Bank of China is confident that they can cope with a further decline below $ 7 without a destabilizing effect,” experts of Capital Economics comment on the situation.

In UBS, the decline in the yuan is associated with a slowdown in the economy. Emerging market strategists expect the exchange rate to fall to $ 7.10 over the next six months and reach $ 7.30 over the course of the year.

“In our opinion, there is no reason why the weakening of the yuan should stop at $ 7. This is a psychologically important level, but we believe that the Chinese currency will continue to decline,” they explain.

On Friday, the yuan is still at its lowest level since January 2017.

Earlier, experts wrote that the decline of the yuan from June is the result of the first round of trade disputes about tariffs between the United States and China. Another series of reductions could be expected if the 10% tariff, currently introduced by the United States for 200 billion imports of Chinese goods, will increase to 25%.

Here, Washington keeps the situation on the pencil, having planned this action for January. The subsequent decline of the yuan can already be described as a freely floating exchange rate. The decision to allow such a step “is not a response and is not a competitive devaluation,” wrote analysts of the Institute of International Finance (IIF).