The downward movement remains a priority while the pair trades below the a control zone of 1221.13-1219.58. The main goal of the fall is the weekly KZ of 1203.68-1200.58, the test of which will fix most of the sales and consider purchases in the formation of the reversal pattern. Favorable prices for the sale are within the limits of the a KZ, hence, when its test it is necessary to be ready to open a short position. You can also set a limit order on the specified zone with a stop not exceeding 500 points since the potential profit with a drop is 1500 pips. 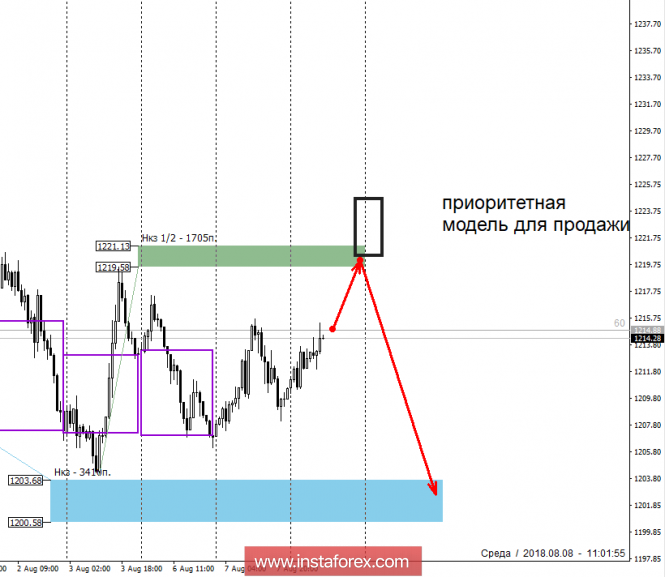 Selling from current marks may be relevant, but it is necessary to break the pattern, in which the stop does not exceed 300 points. Otherwise, the transaction will have a risk-to-profit ratio of less than 1 to 3.

To cancel the top-down model, you need to close today’s US session above the level of 1221.13. This will open the way for the growth of the price of gold in the medium term. The probability of forming this model is 30%, which makes it auxiliary. Purchases from current marks do not look attractive, as the probability to update the August minimum is 70%. Purchases will become relevant if a large buyer appears after testing the weekly control zone and keeps the price above the zone within 24 hours. 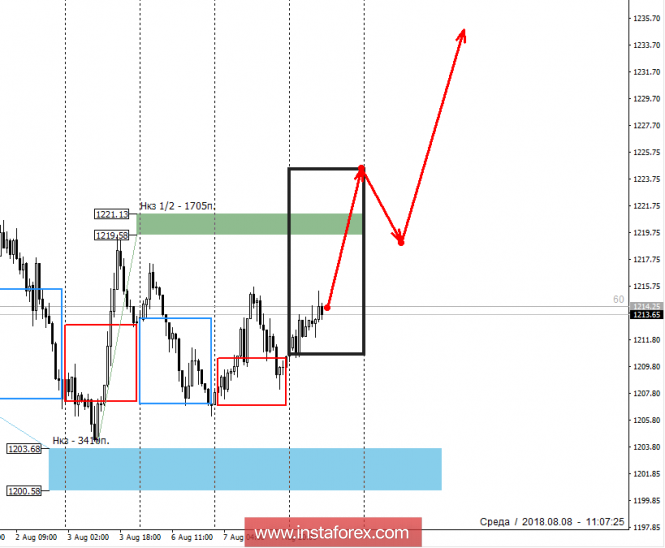 Daytime KZ is the daytime control zone. The zone is formed by important data from the futures market, which change several times a year.

Monthly KZ is the monthly control zone. The zone, which is a reflection of the average volatility over the past year.