Today, there is a breakdown of a control zone at 0.7300-0.7294, which is the determining support for the upward movement. The fixation below the zone will mean the continuation of the formation of the medium-term accumulation zone.

The breakdown of a control zone will give an opportunity to search for favorable prices for the sale of the instrument. In case of closing the US session below the level of 0.7294, the target of the fall is the weekly control zone of 0.7238-0.7226. It is important to understand that the current movement takes place within the medium-term accumulation zone, formed in the second half of August. This indicates the need to fix most of the sales on the first significant support. Just below the weekly control zone is the monthly control zone of August, the test of which was already taking place on August 15. 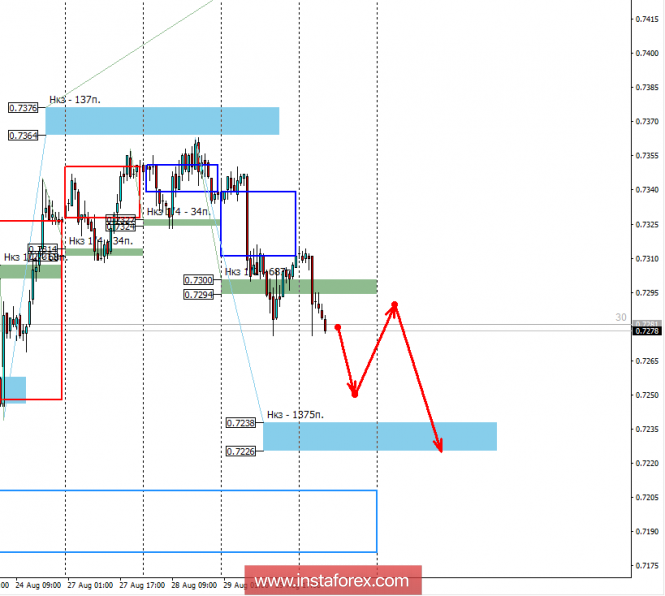 Working in the medium-term flat suggests that it is possible to find advantageous purchase prices in the event that the lower limit of accumulation was reached. It is important to set a stop, which will be three times less than the potential profit for a long position.

An alternative model will develop if the US session closes above the 0.7300 level. This will allow the continuation of working in the ascending direction, where the target will once again be the weekly control zone of 0.7376-0.7364. It is unprofitable to buy from current marks, as a violation of the ascending structure indicates a high probability of movement towards a monthly minimum. 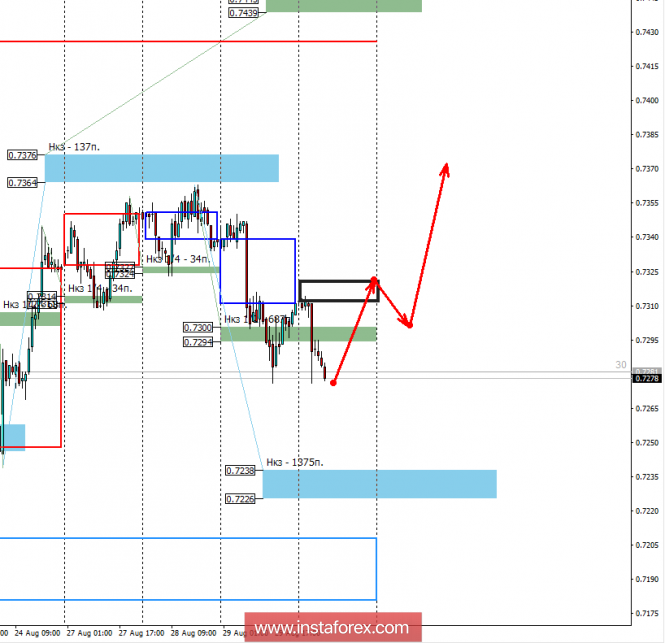 The weekly CP is the weekly control zone. The zone is formed by marks from important futures market which change several times a year.