Throughout the second half of the month, a strong impulse model is formed. The pair has already exceeded the average monthly rate, which indicates an increase in the likelihood of a large supply.

The growth of the last days speaks of the strength of the upward movement, since corrective declines are practically absent. Yesterday, the pair went beyond the monthly short-term fault of August and consolidated there. This indicates a high probability of a change in priority in the long term. It should be taken into account that going beyond the zone also makes it possible to consider returning to its limits with a probability of 90%. According to statistics, further growth will be possible after more favorable prices for the purchase of the instrument are received. 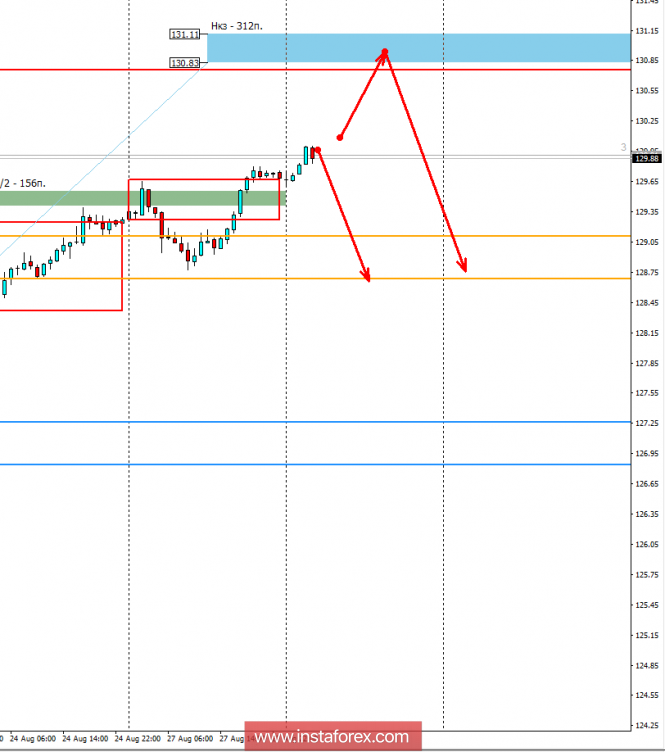 As the pair yesterday consolidated above the NCP 1/2 129.55-129.44, the probability of continuing growth to the weekly short-term order 131.11-13-.93 is 70%. Therefore, keeping some purchases to this zone makes sense. The main long position should be either closed, or transferred to a breakeven.

An alternative model, to date, is more likely. To implement, it requires the absorption of yesterday’s growth and the closing of trading below the opening level. It is desirable that the closure of the US session occurred below the NCP 1/2 128.58-128.44. This will indicate the emergence of a large seller, which will allow the pair to stay below the monthly short-term fault. While this reversal model is not realized, it is unprofitable to look for sales. 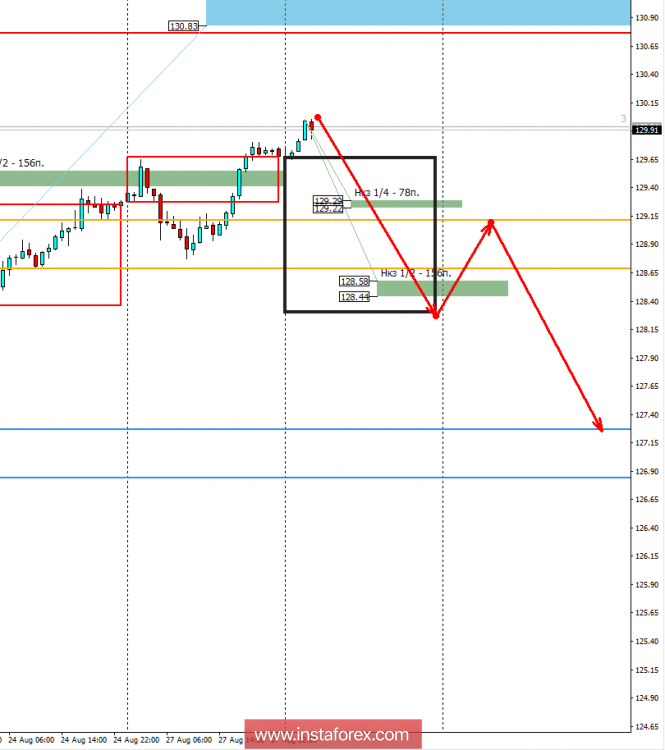