Last week, the pair is traded between two control zones, which determines the accumulation range. Yesterday, there was a test of NCP 1/2 1.1631-.1622, which led to an increase in supply and keeping prices below the zone.

Yesterday’s test of NCP 1/2 1.1631-1.1622 allowed to open a short position. The first goal of continuing the downward movement will be the minimum of August, formed on Monday. If the pair can consolidate below this minimum, then further decline will continue to NCP 1/2 1.1455-1.1446, where sales fixation will be required. As long as the pair trades lower than NCP 1/2 1.1631-1.1622, the downward movement remains impulsive, which determines the priority of termination within a day. 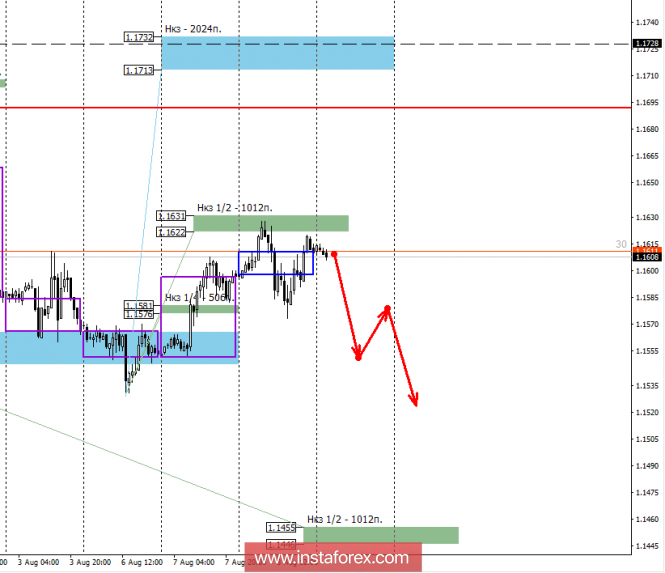 Do not forget that on Wednesday, the pattern of absorption was formed, which indicates a high probability of continuing the formation of the medium-term accumulation zone or the formation of a new upward momentum.

To undo a downward model, a breakdown and fastening above the NCP 1/2 of 1.1631-1.1622 is required. This will open the way for the growth of the pair to the weekly short-term fault of 1.1732-1.1713. Purchases will come to the forefront, which will make it possible to search for profitable prices tomorrow. This model will allow continuing the formation of the medium-term accumulation zone, the upper limit of which is at the July maximum. Today, purchases will be possible only after the close of the American session above the level of 1.1631. 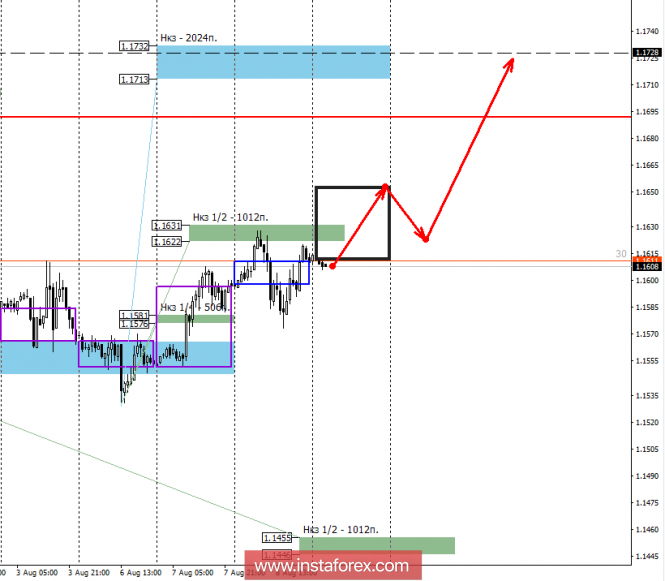