The upward movement of the current week allowed to reach the weekly control zone of 1.1728-1.1710. The test zone allows you to close part of the purchases, and the rest is transferred to a breakeven, as the continued growth remains a priority.

Yesterday’s growth made it possible to realize an upward model within the medium-term accumulation zone. Today, the pair is trading within a weekly short-term period of 1.1728-1.1710, which makes it possible to fix a long position. In the event of a large supply, the pair may resume movement within the accumulation zone formed by the extremes of August and September. To continue the growth will require the closure of today’s US session above the level of 1.1728. This will indicate that any reduction will be corrective and will allow obtaining favorable prices for the purchase of the instrument at the beginning of next week. 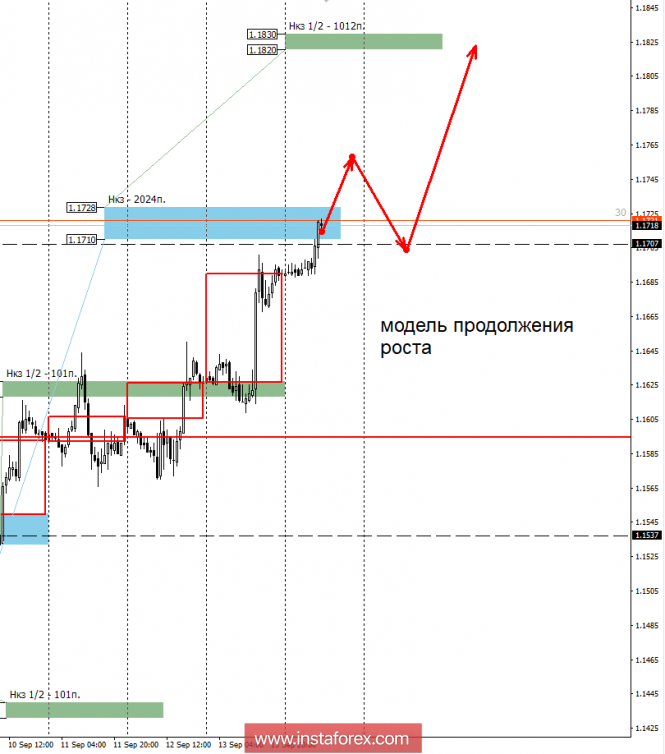 In the case of continued growth, its goal will be NCP 1/2 1.1830-1.1820. Now, the pair is trading at the high of August, which allows to assume the appearance of the offer and the depreciation, with the formation of a correctional model.

To cancel the upward movement, a strong fall in the exchange rate from the current levels will be required and the closing of today’s trading is lower than NCP 1/2 1.1630-1.1621. This will give an opportunity to search for sales as early as Monday. The probability of forming this model is 30%, which makes it auxiliary. The test of the above-mentioned NCP 1/2 will allow you to get favorable prices for the purchase, so it makes sense to set a limit order with a stop not exceeding 30 points. 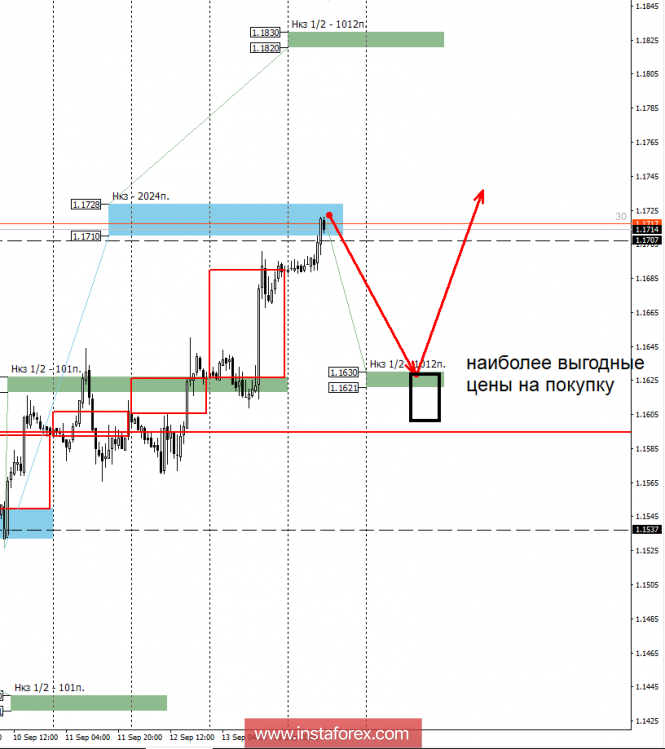