Yesterday, the implementation of the priority upward model that allowed the pair to gain a foothold above the determining level of resistance at 1.1707. Any depreciation should be regarded as a correction.

Strong growth during the Thursday European and American sessions allowed us to step out of the medium-term accumulation zone. Closure of the American session occurred above the weekly control zone of 1.1728-1.1710. This suggests that the next growth target will be the a control zone of 1.1829-1.1820, formed from the previous zone. This fact allows you to search for favorable prices for purchases with a fall in the pair. The first support will be made by a control zone of 1.1739-1.1735, the test of which will give an opportunity to consider purchases as a limit order and through a pattern. 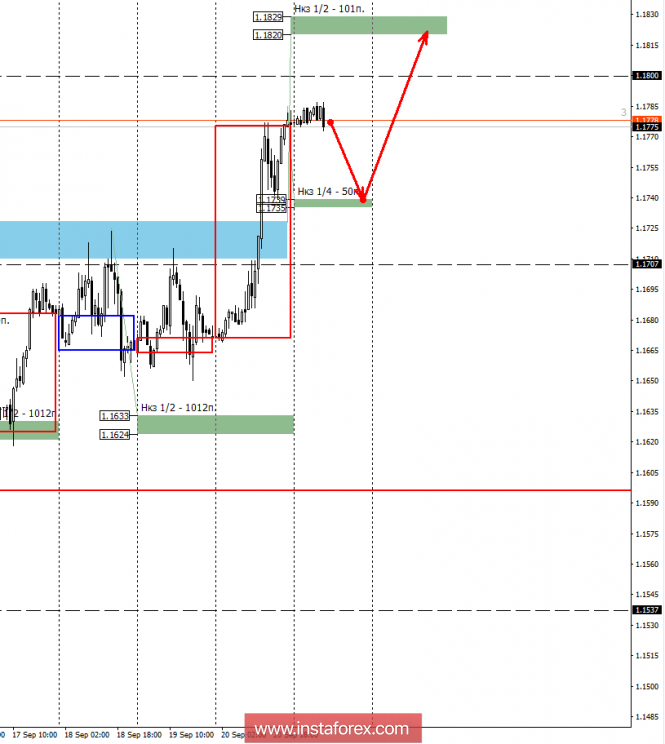 The medium-term support will be the already described level of 1.1707, which for a long time was a strong resistance. While the pair is trading above this level, the upward movement will remain an impulse.

To stop the growth and form a deep correction model, the pattern of false breakdown of the current extremum of the week will be required. The fall should exceed the length of a control zone formed from today’s high. If this happens, then it will be possible to buy the instrument at a more favorable price for the a control zone of 1.1695-1.1686, which is the determining support.

The weekly CP is the weekly control zone. The zone formed by marks from important futures market which change several times a year.