The downward movement remains a priority, as at the end of the last week the a control zone of 1.3084-1.3072 was broken. The purpose of the decline is the weekly control zone of 1.2956-1.2930, the test of which will require partial fixation of sales.

After the breakdown of the a control zone of 1.3084-1.3072 in the previous week, sales came to the fore with the goal of a weekly short-term outlook of 1.2956-1.2930. While this zone is not tested, it is unprofitable to consider purchases. The main plan for today is to hold a short position or to find favorable prices for the sale of the instrument. If the weekly short-term test occurs before the correction model is formed, the further decline will continue if the today’s US session closes below 1.2930. 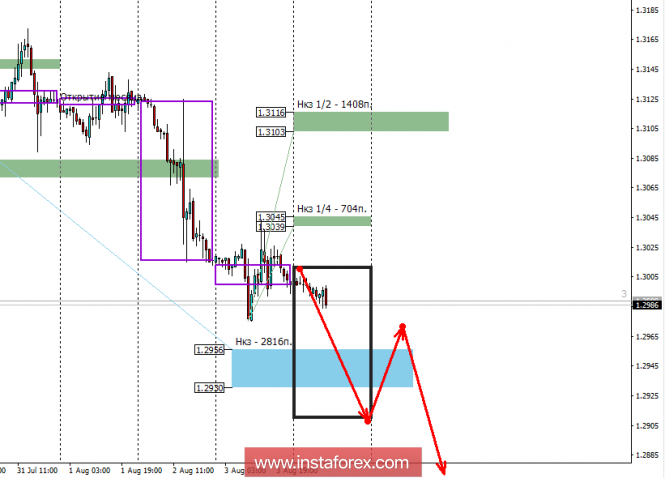 After the part of the position is closed on the target zone, the rest can be transferred to a breakeven, which will give an additional profit in case of continued weakening of the rate of the British pound.

The growth model will develop in the event that short-term demand leads to a sharp increase in demand. Closure of today’s trading should be above the opening level, which will allow us to consider both correctional and reversal models. The first target of the growth will be 1/2 control zone of 1.3116-1.3103, where the priority will be determined for the current week. It is important to note that within the weekly control zone is the July minimum, which determines the zone. 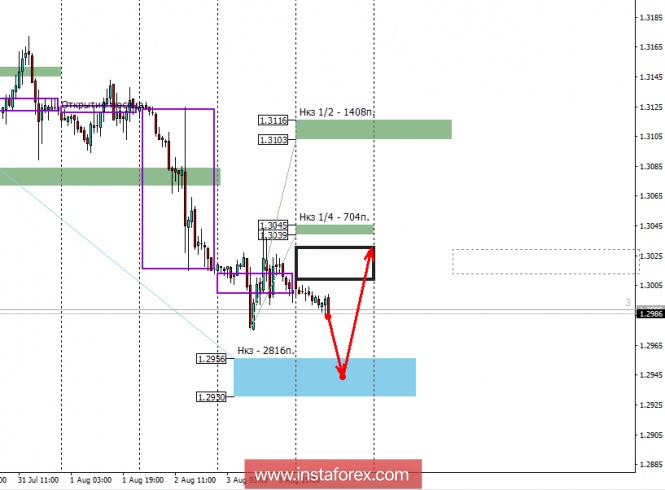 The weekly CP is the weekly control zone. The zone formed by marks from important futures market which change several times a year.