D. Trump does not calm down at all

The summer heat seems to have influenced the mood of the US president, who, following promises to raise import duties from China to $ 300 billion, is threatening to do the same for the EU.

The White House does not rest in the person of D. Trump. After promises to increase customs duties on the import of goods from China to $ 300 billion, the US president said that if negotiations between his country and Brussels fail, of course, this is not in favor of the States, then trade duties will be introduced for the export of cars from Europe to 20%. Trump demands that Europeans remove the customs barriers to the import of goods from the United States. In fact, he continues to exert forceful pressure on the Brussels bureaucracy, trying to use force to change the balance of trade balance between the EU and the States in favor of the latter.

As for the measures aimed at exporting cars from Europe, this will be the strongest blow, first of all, on the German car industry. And if everything turns out that in fact economic sanctions will be introduced in the form of high customs duties, then the economy of Germany will receive a sensible blow, and the euro can be under the strongest pressure. Against this background, the ECB, already under the pressure of officials from the Federal Republic of Germany, may forget about its desire next year, or rather in the second half, to begin the process of raising interest rates. Such a change in the course of the European regulator will unambiguously lead to a reversal of the main currency pair of eurodollar down, and it is possible that even in the long term it will test the level of parity with the US currency.

In our opinion, considering the possibility of such prospects, as well as the nature of Trump and his persistent desire to carry out paragraph by point of his election program, the single currency will remain under pressure until the outcome of the negotiations to be held on July 25. Also, it is likely to be adversely affected by the ECB’s meeting on monetary policy this Thursday. The bank is unlikely to signal about changing its view on monetary policy, which it corrected at the June meeting.

Given this state of affairs, we believe that the overall lateral trend of the main currency pair will continue, like all currency pairs in Forex, where the US dollar is present.

The EUR / USD currency pair is trading under the level of 1.1685 on the wave of positive production data from Germany, which came out this morning. But the pair is experiencing growth problems because of the ECB’s position on monetary policy and the high risk of realizing Trump’s threats with regard to imports of cars to the US from Europe. On this wave, the pair may fall to 1.1575, remaining generally on the “outset”.

The GBP / USD currency pair is trading above the 1.3100 mark, the intersection of which from top to bottom will lead to its fall to 1.3050. 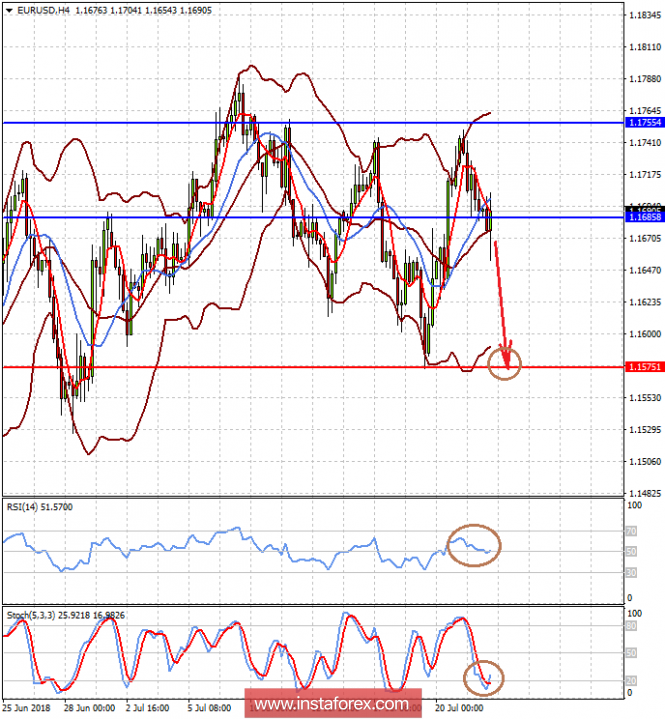 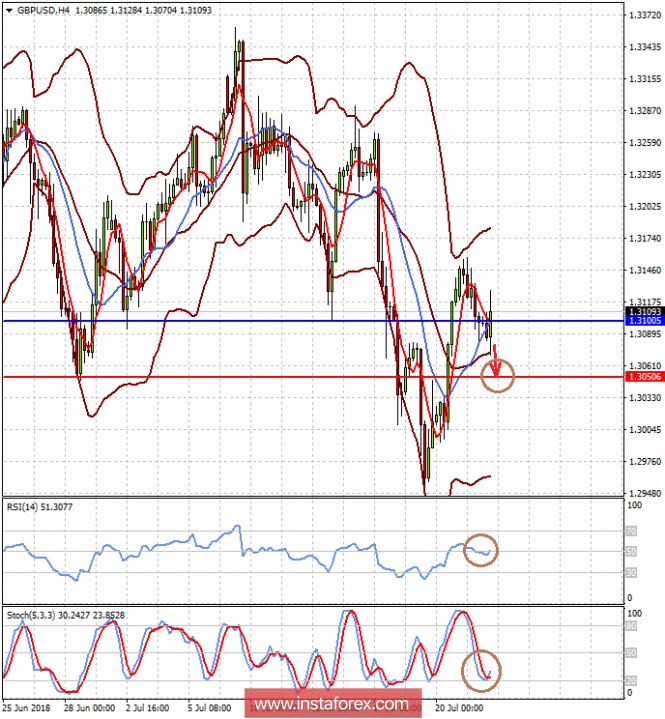