Daily analysis of GBP/USD for July 31. The second bullish divergence will support the pound sterling. 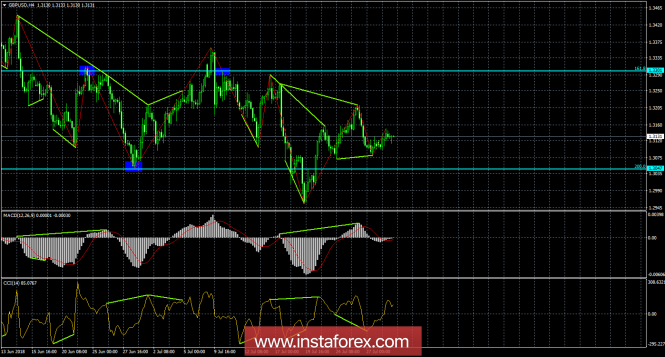 The GBP/USD pair on the 4-hour chart made a reversal in favor of the British currency after the formation of a bullish divergence in the CCI indicator, and began the growth process in the direction of the Fibo level of 161.8% – 1.3301. On July 31, there are no new brewing divergences. The passage of the last low of the divergence will work in favor of the US dollar and the resumption of the fall of quotations, and the consolidation under the correction level of 200.0% will increase the chances of the pair to further decline in the direction of the next Fibo level of 261.8% – 1.2638. 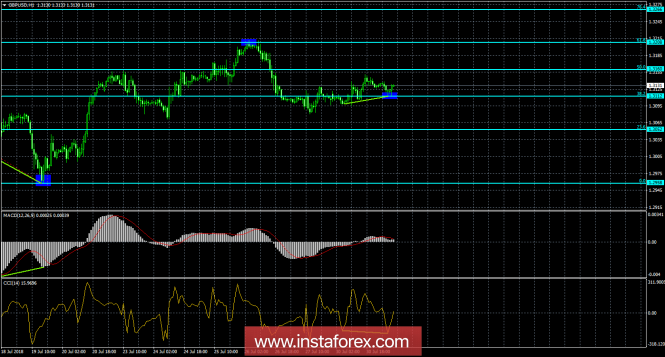 Purchases of the GBP/USD pair can now be opened with a target of 1.3160 and a Stop Loss order under the correction level of 38.2%, since there was a pullback from the Fibo level of 1,3112 (hourly chart) and a bullish divergence was formed.