The unexpected news that the US will still expand customs duties on imports from China to a total of $ 200 billion, again reminded investors of the fragility of the situation surrounding trade wars.

Today, the White House announced the expansion of customs duties on imports from China in the total amount of $ 200 billion. Earlier last Friday, trade duties worth $ 34 billion were already in place. Markets regarded this as a lesser evil, and on this wave, as well as on expectations of positive results of corporate reporting of companies for the second quarter, began to buy risky assets, primarily shares of companies. But today’s news though and assumed such a probability, but not so quickly and not in such a general amount.

It was supposed, and indeed D. Trump himself stated that duties can cover Chinese products only 100 billion dollars. And the president’s words were perceived as an act of intimidation. But that did not happen. It seems that the new act of the “Marlezon Ballet” has begun. Now we should expect some kind of response from the Chinese authorities. And all this in aggregate will undoubtedly have a negative impact on the risk of the appetite of market players. Trades in China ended in a fall in major stock indexes. Europe has already opened with a fall in major stock indices, while futures for indices in the US demonstrate a negative trend.

Based on the current situation, it can be assumed that the defensive assets-the Japanese yen, the Swiss franc, the US dollar and, of course, the government bonds of the economically developed countries, where the first fiddle will be played by the US Treasury government securities, will be in demand. Already today at the auctions in Europe these assets receive support. In electronic trading in the US, the profitability of the benchmark of 10-year Treasuries falls at the moment by 1.41%, to 2.833%.

In the foreign exchange market, in our opinion, the commodity and commodity currencies will, first of all, have problems with growth, following the decline in quotations for commodities and crude oil. At the auctions in Russia, the ruble opened a noticeable decline in relation to the euro and especially to the US dollar. In the Forex market, most likely, the Australian dollar will continue to decline. And as for the dynamics of the Canadian currency, if the CBA does not decide to raise the interest rate, it may collapse under the pressure of this factor and lower oil prices.

The USD / CAD currency pair is trading at 1.3155. The decision of the Central Bank of Canada not to raise interest rates or escalation of trade wars can lead to lower prices for crude oil, and with it the Canadian currency rate. Against this background, overcoming the price could lead to the pair’s growth to 1.3200. 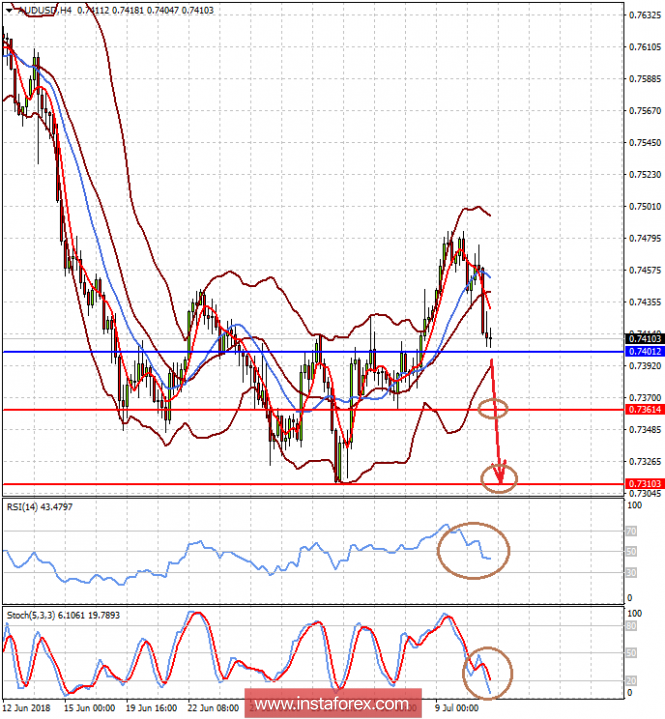 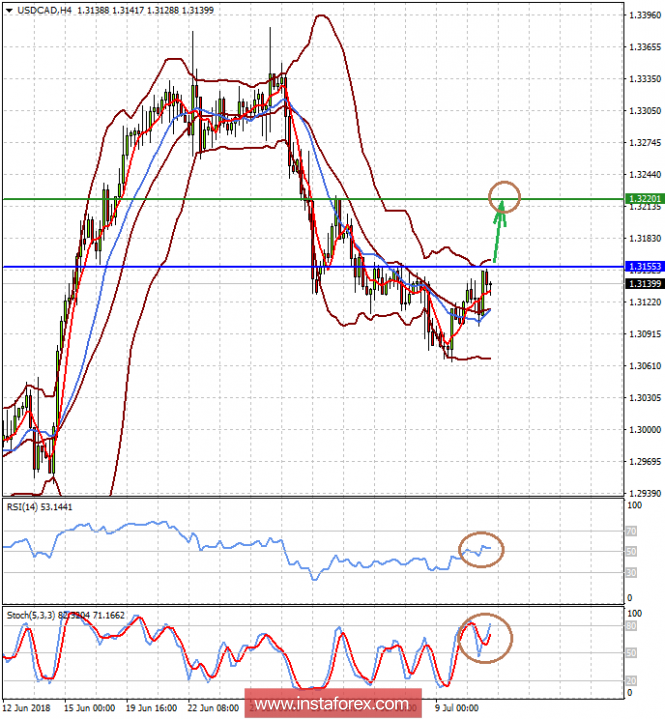