The dominant trend of cross-border prices, since April 17, is directed upward towards the global trend.

Since June 15, the ascending section formed the final part of the wave zigzag in a higher timeframe. The price has reached the boundaries of the potential reversal zone. 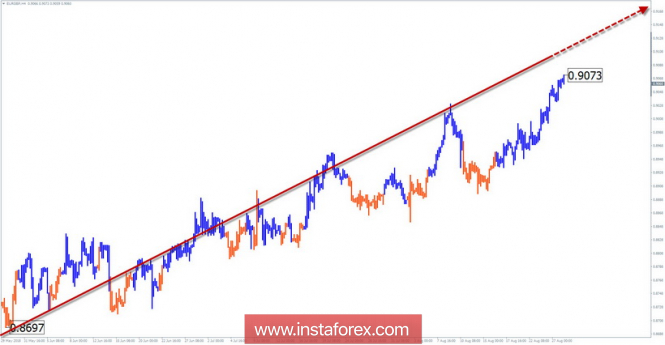 Since August 9, the bearish wave is developing. Its shape took the wrong form, with an elongation in the direction of the current trend. In the coming days, the pair’s exchange rate is expected to change. 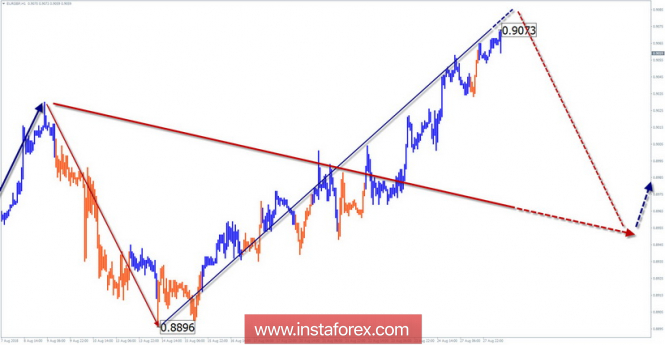 Conditions for long-term investments in the instrument are not yet established. At the smallest TFs, it is possible to play a lowering rate, but the degree of risk is high. 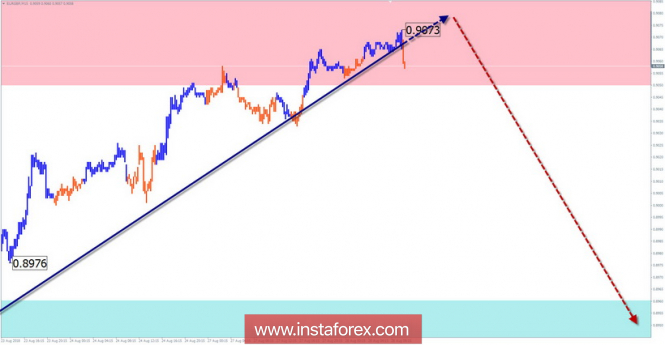 Arrows indicate the counting of the wave. The solid background shows the generated structure and the dotted.