EUR/GBP: the cross-pair follows the headlines

Today, dollar pairs are waiting for the verdict of the Federal Reserve, whose members will sum up the November meeting. Despite the certain predictability of this event, surprises are not excluded: the tone of the rhetoric of the accompanying statement may soften or, conversely, toughen. Since the last meeting, which took place in September, enough time has passed and a lot of events – both in favor of tightening the monetary policy of the Fed, and vice versa (in particular, we are talking about slowing inflation in September). Therefore, at the moment, trading dollar pairs looks risky, given the existing intrigue.

Among the cross pairs, the most interesting is the situation for the euro/pound pair. There are two main topics that form the agenda – Italy and Brexit. Depending on the information background, the preferences of traders also change, for example, from mid-October to early November, the eur/gbp showed growth, rising from 0.8725 to 0.8940. Having reached its peak, the pair collapsed by 250 points last week, being below the October level.

Macroeconomic statistics do not actually affect the dynamics of this pair – at least in the period of recent weeks. Cross pair follows newspaper headlines that almost daily change the general mood of traders. The beginning of November was marked by optimism about the prospects of Brexit. Information resources were full of headlines that Theresa May was able to negotiate with Brussels on a number of key issues (except for the Irish border), and this fact allegedly approximates the moment of concluding a long-awaited deal. The British press even marked the deadline for the negotiation process – November 21, after which the pound soared throughout the market. The euro/pound pair is no exception, especially since the single currency is forced to reckon with the problem of the Italian budget, which still does not have a resolution. 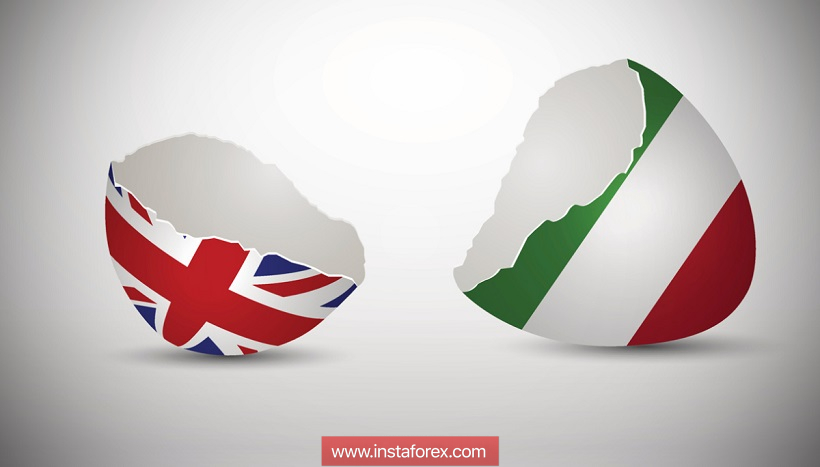 However, optimism about Brexit gradually began to fade, and with it the growth momentum of the British currency. Without additional information, the pound could not continue its rally, especially as widespread rumors have not been confirmed. London actively refutes the information about the achievement of any agreements, adding that the negotiation process is in full swing. Disappointing signals also arrived in the market last night. So, according to one of the influential newspapers in Britain, Theresa May will ask Brussels for a delay in time, since she does not have time to coordinate her position with the members of the British government. Also it was reported that the next cabinet meeting will be held no earlier than the second half of next week. As a result, the enthusiasm of traders somewhat subsided, and the pound fell under the wave of selling.

The European currency took advantage of the situation and tried to win back the lost points in the EUR/GBP pair – the pair was able to return to the 87th figure. An additional reason for the corrective pullback was the words of Italian Prime Minister Giuseppe Conte, who today said that he was optimistic about the prospects of negotiations between Rome and Brussels. In turn, the European Commissioner for Economic and Financial Affairs Pierre Moscovici today also expressed hope for a compromise. The key date is 13 November, when the Italians have to submit an updated financial document. Otherwise, the European Commission may launch a disciplinary procedure, which is fraught with a multi-billion fine.

However, it does not go beyond words: Rome still insists on the validity of the stated budget deficit, and Brussels still requires it to be revised downward. The outcome of this confrontation is an open question, but, according to experts, the parties are unlikely to find a compromise in the near future. This explains the uncertainty of the bulls of the EUR/GBP – the upward dynamics is impulsive and unstable.

In other words, the correctional growth of the EUR/GBP is primarily due to Brexit sentiment, since the Italian issue is unable to support the single currency. Optimistic comments by politicians (even if they are of the first echelon) have only a temporary impact on the euro.

Taking into account such a fundamental picture, long positions on the EUR/GBP pair look risky: any encouraging information about the prospects for Brexit will stop the growth of the pair and turn it downwards. The euro will not be able to resist this state of affairs in the absence of its own arguments for strengthening.

From a technical point of view, the price on the daily chart is between the lower and middle lines of the Bollinger Bands indicator, which shows an extended channel. The downward direction is also confirmed by the bearish “Parade of lines” signal of the Ichimoku Kinko Hyo indicator. The resistance level is the middle line of the Bollinger Bands indicator and the 0.8805 mark. The support level is the lower line of this indicator and the price of 0.8680.