EUR / USD. 10th of September. Results of the day. In the White House, the scandal, the dollar is falling 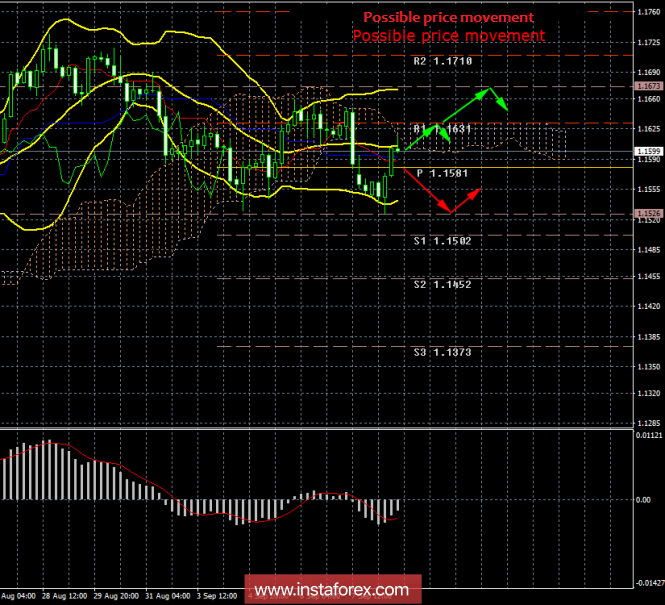 The currency pair EUR / USD on Monday, September 10, began an upward correction. In the White House scandal erupts because of the article published in Times, dedicated to the statements of an anonymous high-ranking official from the American state apparatus. According to him, there is a group of officials in Parliament that corrects Trump’s actions in the international arena, preventing him from completely managing foreign economic policy. Also the author of the article reports that Trump’s actions are detrimental to the economy and the country as a whole. It is reported that many officials consider Trump’s behavior to be extravagant and make great efforts to make many of his wrong decisions remain in the White House and not become the property of the masses. The US leader himself had already reacted to this article, saying that the Times should immediately give out the name of the official who gave the interview. Moreover, the odious president has already begun to hunt in the White House for officials who hypothetically could give such an interview. It all looks like a scandal and a conspiracy against Trump. However, we have repeatedly said that in order to reduce the dollar, Trump can use just such methods as scandals around his person. As soon as this information appeared in the press, immediately followed the sale of the American currency. The bigger and stronger the scandal, the more the dollar will fall, which traders just prepared to buy in connection with the possible introduction of new trade duties on Chinese imports. If you recall the first months of Trump’s presidency and the scandals of those days connected with the former head of the FBI and possible connections of Trump with the Russian Federation, thanks to which the dollar then fell sharply, it is reasonable to assume that the current scandal is aimed at devaluating the rate of the national currency. In the coming days, the situation should be monitored.

For the pair EUR / USD “golden cross” correction began. It can be practiced in small lots with the targets of 1,1631 and 1,1673. However, increased caution when opening any transactions in the next few days is extremely necessary, since another scandal involving Trump is unpredictable.

Orders for sale will again be relevant after fixing the price below the critical line with a target level of support of 1.1526. In this case, the bears again take the initiative in their hands and continue to form a downward trend.