EUR/USD. 18 October. Results of the day. Negotiations on Brexit at the EU summit failed 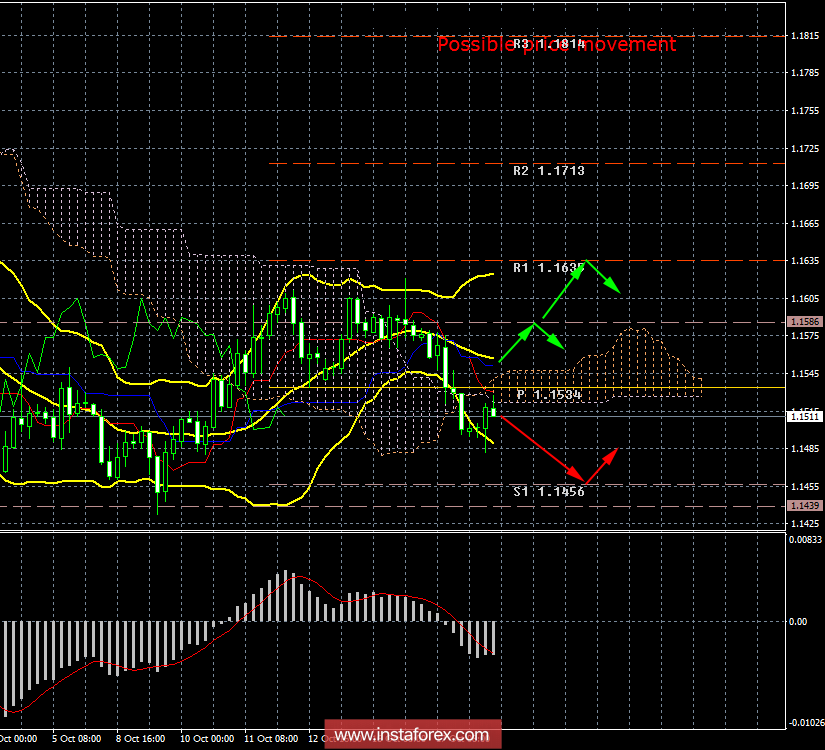 On Thursday, October 18, the EUR/USD pair as a whole continues to move down. The key news of the day was the cancellation by the EU leaders of the emergency summit scheduled for November. The reason is the lack of progress in negotiations with Theresa May. In fact, as we expected, this means the failure of the current round of negotiations. It is unusual but new pressure on the euro has not been established. However, it is not over yet. The euro, of course, will not react so zealously to the failure of the negotiations. As we have repeatedly noted, the UK needs a “deal” with the EU in the first place. The European Union, itself, it seems, is already preparing for the “hard” Brexit scenario. There have already been proposals to extend the period of negotiations until December inclusive, to extend the transitional period by 1 year. Some countries have publicly stated that they are preparing for the UK to leave the EU without agreements. In general, there is no progress, and against this background, the US dollar may continue to strengthen. No new reports about the trade war and in general from Donald Trump in recent days have been received, which is even somewhat unusual. Previously, the US leader did not spend a day without new threats to impose duties or without accusations of other countries in the “unfair game”. Nevertheless, the failure of the Brexit negotiations was predictable, and there is no new and interesting information at the disposal of traders now. Thus, the primary focus of attention is currently on technical factors. And the technique says that the “dead cross” signal is strong, and there are no signs of the beginning of the upward correction at the moment.

For the EUR/USD pair, the price continues a moderate movement down. Therefore, there are no grounds for closing short positions. The first target for shorts is the support level of 1.1456.

Purchase orders can only be considered after the price is fixed back above the critical line with targets at 1.1586 and 1.1635. However, there are no prerequisites for the pair to turn up.