EUR / USD. 4th of September. Results of the day. Not a single factor in favor of strengthening the Euro-currency 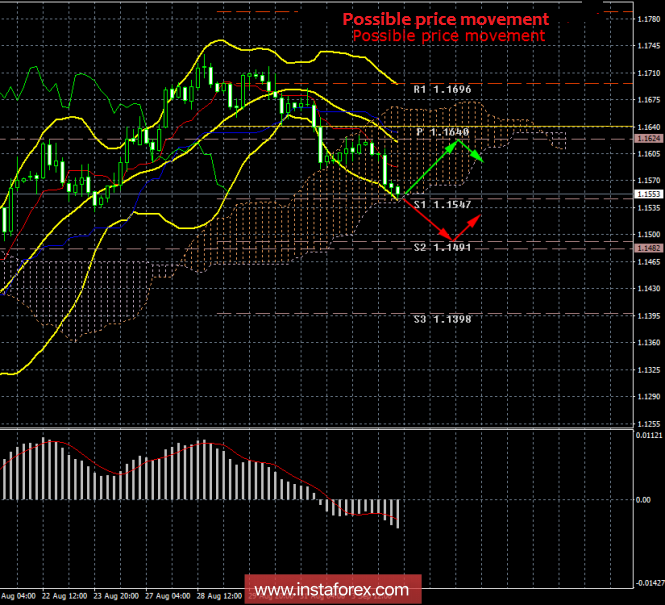 The currency pair EUR / USD continued its downward movement on the second trading day of the week. As we have recently written, in recent times, almost the only weighty factor that speaks in favor of the euro, technical correction after a prolonged dollar growth is leveled. At the moment, we already have a “dead cross” and excellent prospects for a new long decline in the pair. The fundamental reasons remain the same. Firstly, this is the absence of any decisions between Trump and all countries against which trade taxes have been introduced. Since there are no indulgences of the conflict, the US dollar does not need to become cheaper either. Recall, as before, the most traders in the trade war so far unambiguously in favor of the United States. Secondly, all macroeconomic indicators are also on the side of the States. In the EU, by the end of the year, the quantitative incentive program. And the key is the rate that will remain at a record low, at least until the summer of 2019. And if Trump again begins to exert pressure on the EU example, Turkey), then the period of the ultra-soft monetary policy in the EU may be extended. In general, there is still nothing to cover for the euro, and even technical factors are not on the side of the euro. Of the macroeconomic reports, there is really nothing to highlight today, since the EU, this calendar was absolutely empty, and in the States of today, only the index of business activity in the ISM production sector is planned,

The currency pair EUR / USD continues to move down and worked out the first target of 1.1547. There are no signs of an upward correction, so it is recommended that you stay in short positions with a target level of support of 1.1491.

The buy-positions can be considered small lots with the goal of 1.1624. In a case of starting an upward correction, which can signal the MACD indicator by turning upward. However, with longs, one should be extremely cautious, since a new downward trend has emerged.

Kijun-sen is the blue line.