EUR/USD. 6 November. Results of the day. The topic of elections in the US is not very interesting to traders 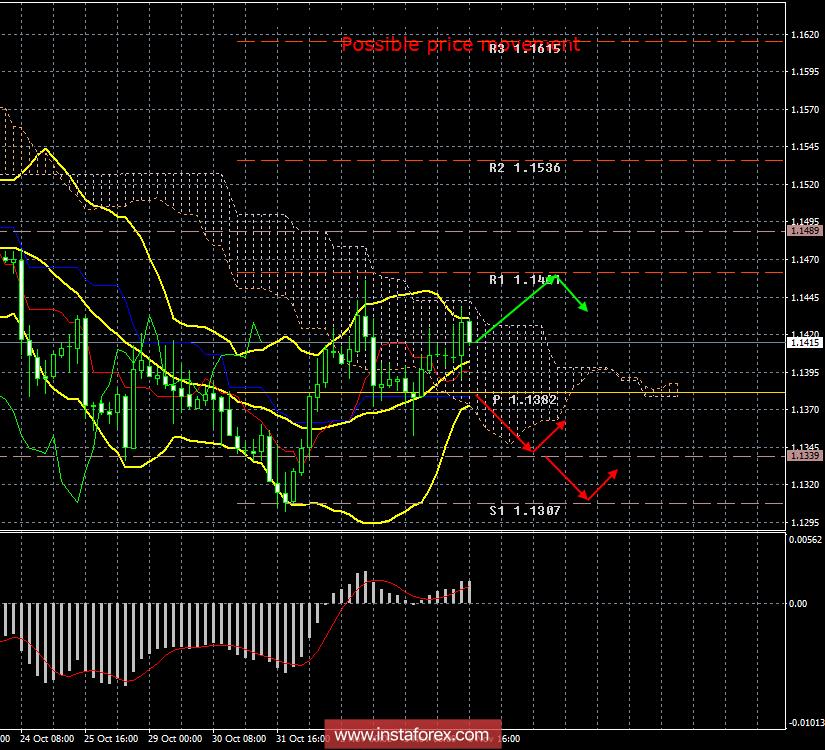 The European currency received little support during trading on Tuesday, November 6, due to the surpassed forecasts of business activity indices in the services and production of Markit in the eurozone. Also in the market with might and main the topic of elections in the United States was discussed. The results are not yet known, but it is worth noting that there is no special reaction of the foreign exchange market to this event at the moment. The EUR/USD currency pair continues to move in the usual way for the last days, and there is no reason to state a change in the trend due to the elections in the US. Thus, perhaps, any reaction of the market will follow, but only towards the final results of the elections. Also, there were rumors that Trump may be impeached, however, from our point of view, for the entire period of Trump’s rule there were already several much more successful moments for this. If this did not happen during the introduction of trade duties against all who could, during the scandals associated with the US President and his possible ties with Russia, now there are much fewer reasons for this. Moreover, the theme of the trade war in recent weeks has subsided noticeably, and there have been almost no Trump speeches during this time. Thus, we do not expect any sensational events from the US elections. As for the prospects of the currency pair, there is still a very weak upward trend. The price has not yet been able to get out of the Ichimoku cloud, so a downtrend may resume at any time. But this will likely require new fundamental reasons.

For the EUR/USD pair, the correction ended near the critical line. Thus, before the MACD indicator turns downwards, it is recommended to trade for an increase in small lots to the resistance level of 1.1461.

Sell orders will become relevant again after the pair is fixed below the Kijun-sen line. In this case, the trend for the instrument will change to a downtrend, and shorts can be opened with the goals of 1.1339 and 1.1307.