EUR / USD. 9th of August. Results of the day. Traders do not know which way to go next? 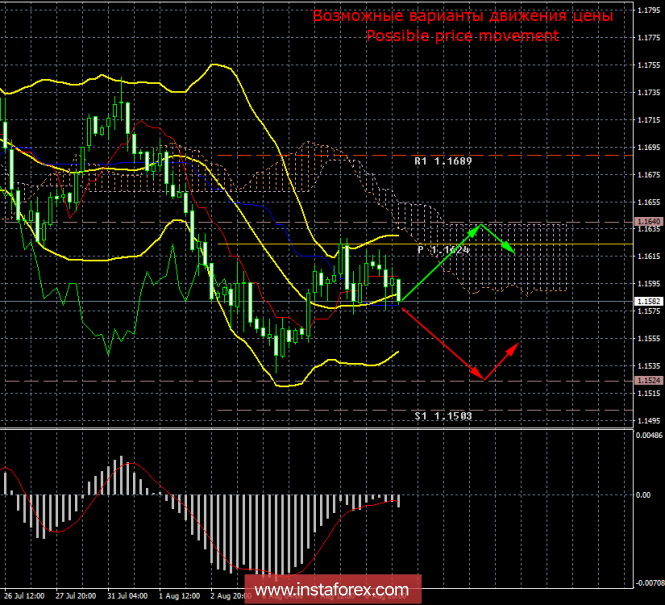 On Thursday, August 9, the EUR / USD currency pair attempted to complete the upward correction, but failed to fall below the critical line. Throughout the trading day at the disposal of traders again received very few macroeconomic reports. This time it became known about the number of applications for unemployment benefits in the US (213,000) and the producer price index for July (+ 3.3% y / y). However, these reports had a low-profile status and had little impact on traders. In addition to these events, another important thing happened. Beijing responded to the US to impose new duties totaling $ 16 billion on its fees for … exactly the same amount. Thus, China has made a very expected step in the trade war and at the same time made it elegantly, without escalating the situation with duties on a larger amount, but also without letting it know that it is ready to yield to Washington. Traders, on the background of the complete absence of important macroeconomic reports, clearly did not know which way to go next? From a technical point of view, however, a resumption of a downward movement is still expected, as the pair could not overcome the maximum of the medium, and the “gold cross” is weak. If the price is fixed back below the critical line, this will confirm the completion of the correction. The MACD indicator has already turned down, which also signals a very likely resumption of the downtrend.

The EUR / USD pair may resume its downward movement. If the bears manage to overcome the Kijun-sen line, it is recommended to open new sell orders with targets of support levels 1.1524 and 1.1503.

Long positions are recommended to be considered if the price remains above the critical line and after the MACD indicator turns up. The goal for longs in this case will be the level of 1,1640, and the bulls will have a new opportunity to develop their success.