EUR / USD and GBP / USD: the correctional wave of growth of the euro and the pound may continue today

The euro managed to restore some of its positions against the US dollar yesterday after the renewal of the next monthly minimum.

The data released in the afternoon, as well as comments by Fed Chairman Jarom Powell, did not lead to significant changes in the market. 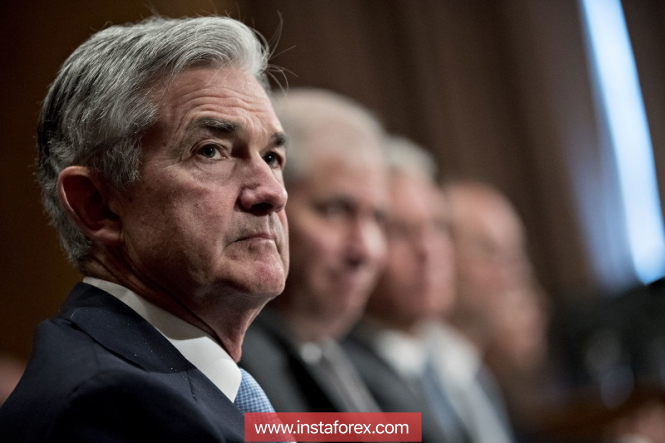 The main support was provided by the employment indicator, which in September, amounted to 73.8 points. The subindex of the current profit of the companies dropped to 78.1, while the subindex of producer purchase prices fell to 75 points.

The speech of the Fed chairman did not lead to a significant strengthening of the US dollar by the end of the North American session on Tuesday.

Most of the speech was associated with inflation and its expectations. Powell said that the outlook for the economy is positive, but inflationary expectations are important. As the Fed chairman noted, the impact of high demand in the labor market on inflation has decreased significantly in recent decades, but the main task of monetary policy is still to contain inflation expectations.

Also, according to Powell, the recent acceleration of wage growth will not lead to overheating of the economy and does not create additional problems, but only has a positive effect on economic growth.

At the end of the speech, the Fed chief said that the natural rate of unemployment may be lower than predicted, and the gradual increase in interest rates reflects efforts to balance risks.

As for the technical picture of the EUR / USD currency pair, the main task of euro buyers will be a breakthrough of resistance around 1.1595, which will lead to the continuation of correctional growth in the trading instrument with a return to the large resistance levels of 1.1620 and 1.1650. Under the euro decline scenario, support will be provided by the area of 1.1540, from which the major players will try to build the lower boundary of the new upward channel, aimed at breaking the current downward trend.

Support for the US dollar can provide data on the ISM index for the non-manufacturing sector, but only if it exceeds the forecast of economists.

Quotes of gold soared after increasing concerns about political instability in Italy, which also affected the financial markets.

Gold prices rose 1.3% to 1202, indicating a return of demand for defensive assets after the recent actions of the Italian populist authorities, who decided to increase the budget deficit to finance programs given during the election campaign.

Toward the end of the day, demand dropped slightly after the Italian newspaper Corriere reported that Italy would seek to reduce the budget deficit back to 2% of GDP as early as 2021, which would significantly reduce friction between the country and the EU.

As for the technical picture of gold, then good support levels will be viewed in areas of 1201 and 1197, from where short-term buyers will return to the market. However, the upward potential in gold will be limited to monthly highs in areas 1210 and 1213, above which it was not possible to break through neither in July nor in August of this year.