EUR / USD and USD / JPY: Major fall in the US stock market, criticism of Donald Trump and sharp rise in the yen

The US dollar fell against the European currency and other assets yesterday amid the largest drop in US stock markets. There is also a sharp increase in the yield of the US government bonds, which indicates the outflow of capital from the markets. 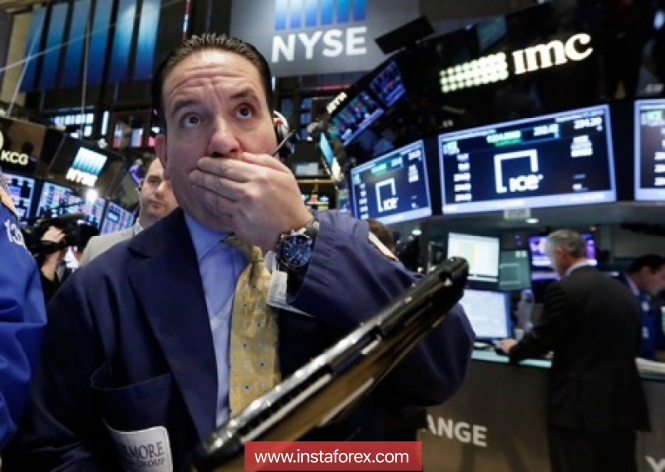 Immediately after this, a number of statements were made by the representatives of the US presidential administration and by Donald Trump himself. He once again criticized the actions of the Federal Reserve System, which, in his opinion, impede the healthy growth of the country’s economy.

A spokeswoman for the White House, Sarah Sanders, released a statement after a sharp drop in the stock market, saying that the fundamentals and prospects for the US economy remain extremely strong, and Trump’s economic policies have created a stable base for further growth. This had little effect on the situation.

As for the European currency, its strengthening continued against the backdrop of a fall in the US dollar due to data on inventories.

As for the technical picture of the EUR / USD currency pair, the bet on the continuation of the growth of the euro will be made in the support area of 1.1540, to which buyers climbed yesterday. Hold this level will keep the upward wave in the euro, which will lead to an update of the resistance levels of 1.1590 and 1.1640. In the case of a larger euro decline, long positions can be considered in the region of the lower boundary of the upward channel of 1.1515.

Meanwhile, a sharp drop in stock markets and a decline in the US dollar led to a return in demand for the Japanese yen, as investors refused to risk and rely on the European currency, which now has so many of its problems.

Following such a sharp increase in the yen, a statement was made by a member of the board of the Bank of Japan Sakurai, who said that further significant easing of the policy is justified, as the uncertainty around the global economy increases. Let me remind you that the Japanese government does not need a strong yen, as this will further contain inflationary pressure.

Sakurai also noted that at present the main risk factors are protectionist policies and capital outflows from emerging markets.