EUR/USD. Dollar “on a horse”, but ahead – an important Friday

The euro-dollar pair this week makes futile attempts to gain a foothold within the 16th figure: the bulls clearly do not have enough strength and arguments for the upward breakthrough. Bears also do not show much activity – Wednesday’s decline ended with a price rollback. The stalemate is due to expectations for Friday, when the meeting of the Eurogroup, and in the nonfarm will be published in the US. In anticipation of these events, market participants are not eager to open large transactions, although the external fundamental background now contributes to the growth of the US currency.

By and large, the dollar is strengthened only by increased uncertainty and increased risks of escalation of the trade war between the United States and China. Argentina, Turkey and South Africa, which are in a state of economic crisis, add fuel to the fire. Canada also contributes to strengthening of the greenback by its intractability of the NAFTA. Another factor is the military action in Syria. According to media reports, Russian and Syrian aircraft launched an airstrike on the province of Idlib, which is held by the rebels. It is worth noting that Donald Trump warned on the eve of the Russian Federation and Syria from such actions. In other words, the escalation of the conflict in the Middle East is fraught with a new round of geopolitical tensions.

Such a “bouquet” of fundamental reasons, on the one hand, is very convincing for escaping from risk, and on the other hand – is not entirely reliable in terms of assessing future prospects. For example, if on Thursday Washington and Ottawa find common ground in the negotiations, the US dollar may fall under a wave of sales, as it was when the US made a deal with Mexico. Negotiations between the United States and China are also ongoing, although in this case, active action by Beijing will be after the November elections to the US Congress. The economic crises in Argentina and South Africa are of indirect importance to the dynamics of the dollar, complementing only the general fundamental background.

In other words, the fundamental factors of such a global nature are inherently unreliable, therefore it is inexpedient to talk about a stable trend of dollar growth based only on them. The current news background may be useful for short-term trading, but if we talk about the medium term (not to mention the long-term), then we should pay attention to several other factors.

In my opinion, in the near future the attention of EUR/USD traders will switch to the prospects of monetary policy in the US and the eurozone. In this context, the Eurogroup meeting and the release of Nonfarm plays a big role. As reported by the European media, the Vienna meeting of Eurozone Finance Ministers and the ECB will be largely devoted to monetary policy in the EU. In particular, officials will discuss whether the eurozone economy is ready to complete QE and raise rates. 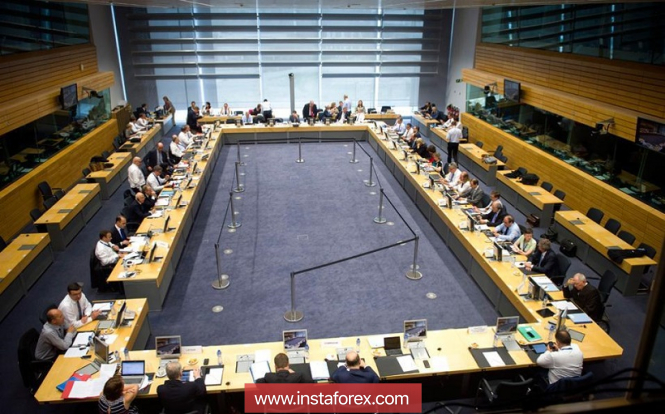 Despite the fact that the decisions of the Eurogroup are declarative, Friday’s event may affect the dynamics of the EUR/USD. At least we will know the opinion of Mario Draghi on the eve of the September meeting of the ECB (which will be held next Thursday, September 13). If his rhetoric is again pessimistic and cautious, the European currency will sink throughout the market. But an alternative option is also possible, especially if the opinion of the “German hawks”, who consistently advocate tightening the conditions of monetary policy, is shared by other members of the Eurogroup.

Traditionally, the strong influence on the dynamics of the pair have Nonfarms. According to preliminary forecasts, unemployment in the US will remain at 3.9%, and the number of employed in the non-agricultural sector will grow by 190 thousand. The growth of the average hourly wage will also remain at the July level – 0.3% on a monthly basis. Let me remind you that the last release of Non-Farms disappointed traders, as the main indicators came out worse than expected (for example, unemployment fell not to 3.8%, but to 3.9%). As you can see, experts are quite optimistic about August: if the release comes out at the forecast level, the probability of the fourth Fed rate hike this year will increase again, determining the growth of the US currency. Otherwise, the pair will again test the 16th figure, once again trying to gain a foothold in this price area.

From the technical point of view, the EUR/USD pair is also at a crossroads. Now the price has approached an important resistance level – to the midline of the Bollinger Bands indicator on the daily chart, which coincides with the Kijun-sen line. If the pair can gain a foothold below 1.1515, then the Ichimoku Kinko Hyo indicator will form a bearish “Line Parade” signal, which will open the way for a larger decline, down to the annual lowest levels in the area of the 13th figure.