EUR / USD: Euro growth or weakening of the dollar?

Is the dollar cheaper or is the euro still growing? This issue is key for traders of the EUR / USD currency pair to understand the general outlook for further price movement. The task is not simple, because we need to unravel a fairly complex tangle of fundamental factors that affect the behavior of both the dollar and the euro.

Yesterday’s events gave impetus to bulls EUR / USD, which by the end of the day, still managed to gain a foothold above the upper boundary of the Kumo cloud on the daily chart (that is, above the level of 1.1680). This level of resistance was important, as its overcoming allowed traders to enter and (most importantly) gain a foothold in the 17th figure. If the trading day ended below the above level, then there would be a risk of price retracement to the base of the 16th figure, that is, to the opening price. But the bulls were still able to show character and defined a new price environment for themselves 1.1680-1.1730, where the lower boundary of the range is the upper boundary of the Kumo cloud on D1, and the “ceiling” is the upper line of the Bollinger Bands indicator on the same timeframe. The next levels of resistance are the price marks 1.1800 and 1.1885 (line Kijun-sen on the weekly chart), overcoming which will open the way to the 20th figure.

These are quite ambitious plans, which will depend, in the first place, on three factors: first, the prospect of a trade conflict between the US and China (and the prospects for trade negotiations between Washington and Brussels); secondly, this is the position of the Fed, taking into account the uncertain figures of the August inflation in the US; and thirdly, it is the dynamics of key economic indicators in the euro area. On these “three elephants” there will be a further outlook for the growth of the euro / dollar pair. Brexit and political stability in Europe will also have an important impact on the pair, but if we consider only the possible dynamics of EUR / USD in the next month, these factors can be pushed to the background.

The American currency recently reacts sharply to the vicissitudes of the trade war. The US’s relations with China are very ambiguous: even in the public arena, a double game is played. On the one hand, Washington and Beijing are voicing threats against each other, on the other hand, they are trying to resume the negotiation process. An apple of contention was even the question of who initiated the next dialogue. According to the information from the American press, it was the White House, and according to Trump, representatives of the PRC. But, by and large, it does not matter who first extended the hand of friendship, because for traders only the final result is significant. Moreover, official Beijing yesterday confirmed and welcomed the invitation of the Americans to participate in the new round of trade negotiations. 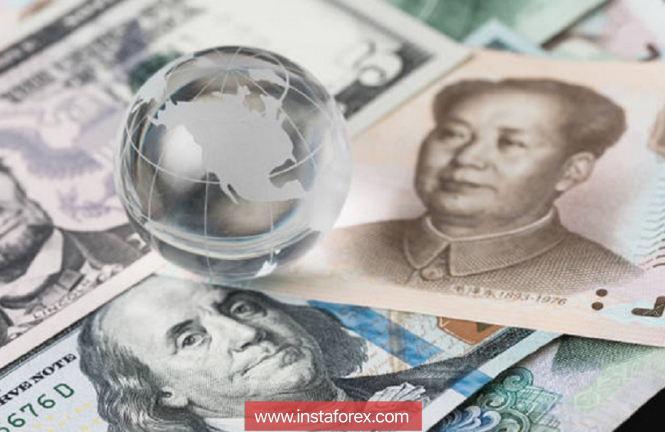 Most likely, the negotiation process will stretch to the middle of November (or until the end of the year), as on November 6 elections to the US Congress will take place, and the political configuration may change significantly. Given this factor, it is unlikely that the Chinese will make hasty decisions, unless Trump does not sound really mutually beneficial terms. According to some experts, the White House came to the conclusion that the tactics of the last months had not been successful: China is responding with mirror measures and is ready for a protracted trade war. Therefore, recently signals on the market are sounding more often that leaders of superpowers can conclude a “truce” before the end of the year.

The US dollar in this context will lose its attractiveness, since now the American currency is regarded as an “island of security”, that is, as a protective tool. Therefore, when the period of prolonged uncertainty is over, the Greenback’s asset will remain only the hawkish policy of the Fed, which gives an advantage over many other currencies.

However, here everything is not so clear. For example, the head of the Federal Reserve Bank of New York, John Williams (who has the right to vote this year), who previously held a rather tough position, said last week that he “does not see an increase in inflationary pressures” and is surprised at the low rate of salary growth. It is worth noting that he said these words even before the release of weak data on the growth of inflation. 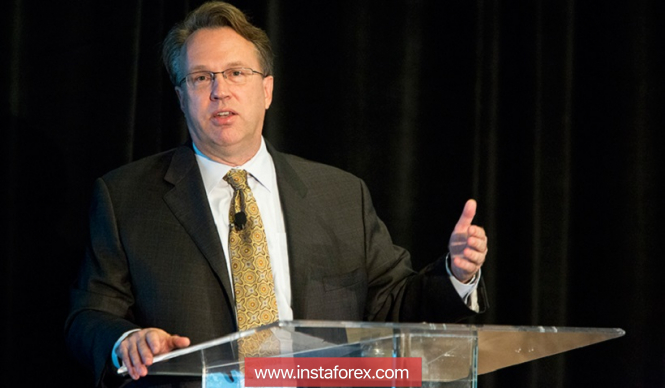 Other members of the Fed are generally of the opinion that the regulator should gradually raise rates to “neutral”. However, the question of where exactly this level is still under discussion. In other words, the growth of the dollar now largely depends on the further intentions of the Fed. In this regard, the key event of September will be the next meeting of the American regulator. Raising the rate, Fed members can voice an indecisive position on the December increase, and this fact will significantly weaken the US currency.

Summarizing the above, I note that the euro / dollar pair is now enjoying a rare coincidence: the immediate growth of the euro, which is due to the ECB’s more hawkish position, coincided with the general weakening of the US dollar. The European currency will not be able to pull the northern trend of the pair independently, so the further price dynamics depends on the behavior of the greenback. Therefore, the focus remains on the US-China trade conflict and comments by FRS members about the prospects for monetary policy – in the context of a likely rate hike in December. The remaining fundamental factors will have an indirect effect on the pair.