EUR/USD. Mario Draghi confirmed the “hawkish” attitude of the ECB

The ECB head Mario Draghi provided a short-term rally to the European currency yesterday: the EUR/USD pair initially updated its monthly high, impulsively reaching 1.1815, and just a few hours later returned to its positions – in the middle of the 17th figure. The failed rise of the euro is explained simply: traders did not listen to Draghi’s speech in the European Parliament, making too hasty and unreasonable conclusions.

In general, the head of the European central bank really voiced a tough position, even compared to the “hawkish” meeting of the ECB in September. He said that the core indicator of inflation is likely to show only positive dynamics in the coming months. Such dynamics will be caused by two main reasons – direct (growth of wages) and indirect (growth of the oil market). 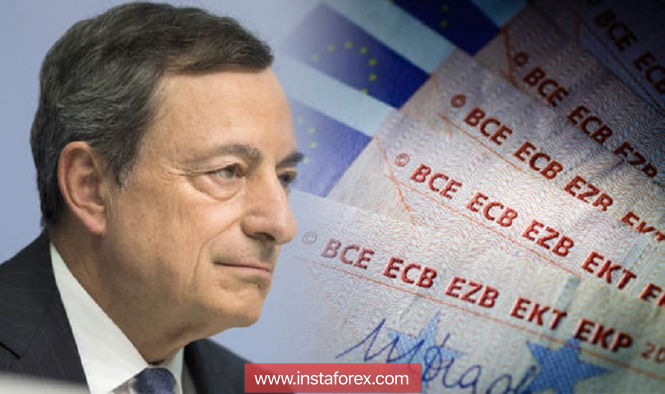 Having heard such an optimistic assessment, traders made a rash conclusion that the head of the ECB is preparing the ground for a revision of the approximate date of the rate hike. But in the final part of his speech Draghi cooled the fervor of the bulls, marking the approximate date of tightening monetary policy – “not before the end of summer 2019”. This temporary target disappointed traders, as previously there were rumors about the transfer of this event to the spring of next year.

In my opinion, the three-month time gap does not play a big role for the market, and yesterday’s market reaction was extremely emotional from the category of “expectation/reality”. What is important here is the fact that the European Central Bank has indicated a clear intention to raise the rate and even orients the market to the approximate date of this event. Let me remind you that relatively recently the market was content with the phrase only that “rates at the current level will remain for a long time, even after the completion of QE.” Now the fact of completion of the incentive program is not even discussed, and the discussion of further actions of the ECB is reduced to the pace of tightening monetary policy.

It is worth noting that key data on inflation in the eurozone will be published on Friday (September 28). According to preliminary forecasts, the consumer price index will grow to 2.1%, and core inflation – to 1.1%.

This is a small increase compared to the previous period, but even it will be enough to support the strengthening of the European currency throughout the market. As Draghi noted, the harmonized index of inflation (Consumer Price Index) is growing faster than the base inflation (Consumer Price Index), due to high oil prices. However, the bar index is likely to be in the “green zone”, as the rate of wage growth (agreed with employers) in the second quarter of this year rose to 2.2% compared to 1.7% of the first quarter. And last year, this figure was only one and a half percent. All this suggests that the inflation indicators monitored by the ECB have the potential for further growth, especially against the background of the continuing growth of the oil market (the barrel of Brent oil has been holding above the 80 mark for the second day).

This state of affairs allowed the European currency to show itself in cross-pairs (in particular, paired with the franc and the yen), but paired with the dollar, the euro froze in flat. On the eve of the Fed meeting, traders do not risk to open large positions, as there is a high probability that at the September meeting, Jerome Powell will shed light on the prospects of the December meeting. In the face of such uncertainty, traders are “hiding” and until tomorrow evening is unlikely to be too active. It is noteworthy that the trade and political conflict between the US and China has little effect on the dynamics of the market: at least, the recent events were almost ignored by the market. This means that in the near future the focus of traders will be focused exclusively on the prospects of the monetary policy of the Fed and the ECB – unless Mr. Trump really surprises the market with his rhetoric at the UN General Assembly.