EUR/USD. November 7th. Results of the day. The results of the elections in the United States only slightly weighed on the 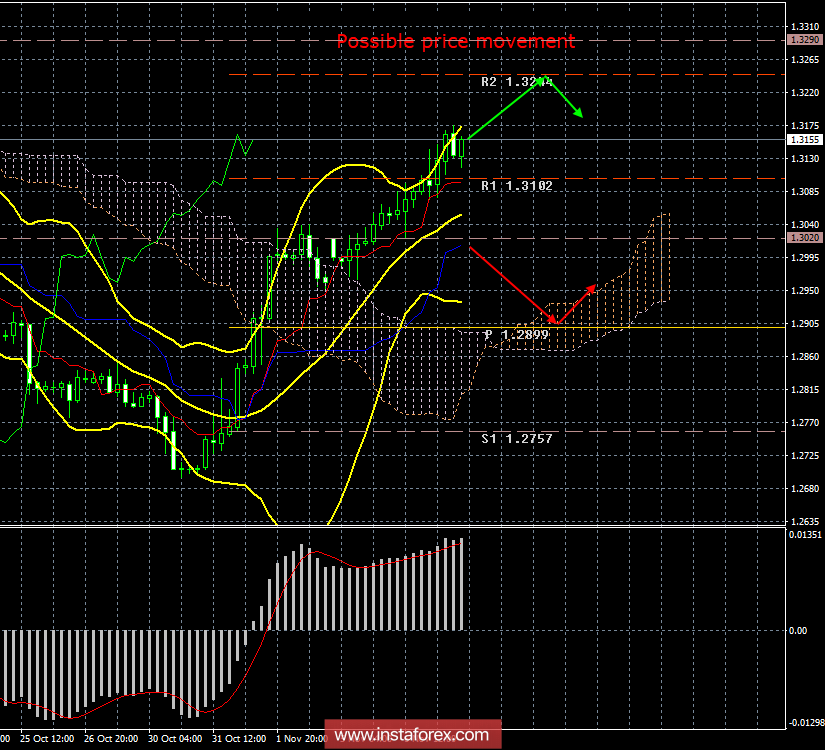 The European currency has received support because of the results of the elections to the US Congress. The Democratic party won a majority in the House of Representatives and the Republican party held a majority in the Senate. By and large, it is impossible to say unequivocally whether such election results are good for the United States or not. Yes, now the Democrats can launch the impeachment procedure to Donald Trump. However, are there any necessary grounds for this? After all, impeachment is a very serious matter, which even opponents of Trump’s policy do not accept. Yes, they can now initiate new investigations regarding Trump’s ties with the Russian Federation, however, for what purpose? In order to discredit the president? We believe that all these trump cards in the hands of the Democrats can only be an extra bonus in the negotiations on difficult issues with Trump and his party. Thus, nothing fundamentally bad for the dollar has happened. The euro added only 70 points today, which is a daily event for it. Retail sales in the euro area in September exceeded the forecast by 0.1% on an annualized basis, and on a monthly basis they were worse than the forecast by 0.1%, and in general did not have any influence on the course of trading. From a technical point of view, nothing new can be said. We continue to work out the signal to buy the “Golden cross”, the price overcame the Ichimoku cloud, and the first resistance level is 1.1461. Thus, we can expect the upward movement to continue after a small correction.

The EUR/USD pair resumed its upward movement. Thus, before the beginning of the downward correction, which can be determined by turning the MACD down, you can keep the longs open with a goal of 1.1536.

Short positions will become relevant after traders overcome the critical line with the target of 1,1307. But for this to happen, the dollar will need fundamental grounds or the failure of the Brexit negotiations.