EUR/USD: on the eve of ” super Thursday”

The euro-dollar pair is trading on the background of a diverse fundamental background, which, on the one hand, supports the dollar, and on the other hand – does not allow the euro to fall. The uneasy relations of the US with China, the European Union and more recently with Japan, reduce risk appetite and, accordingly, increase demand for the dollar. The European currency also has its own “allies” – Italy, which has promised to adhere to EU rules when adopting a budget; Brexit, which recently is pleased with progress in the negotiations and, finally, data, which indicates the continued recovery of the Eurozone economy.

Such a “balance of power” led to the fact that the pair has been fluctuating for the second week in a flat 1.1570-1.1630. However, the price can impulsively expand this area, but judging by the open-close price, it can be concluded that the pair’s movement vector has not yet been determined. Bears and bulls of the pair have their own arguments for the price movement, but at the moment their strengths are quite equal.

The situation can change drastically on Thursday, when we learn the dynamics of the growth of US inflation, as well as listen to the head of the ECB following the September meeting of the European regulator. It is quite rare that such key events occur on the same day and even at about the same time. Therefore, for the euro/dollar pair, tomorrow will is a kind of “super-Thursday”, which, firstly, will cause strong volatility, and secondly-can determine the direction of the trend in the near future.

According to the vast majority of experts, Mario Draghi is unlikely to surprise the market tomorrow. This meeting, by and large, is considered to be a “pass-through”, since no key decisions will be made, and the main attention of traders will be focused on the tone of the ECB head’s rhetoric. It is about his assessment of inflation processes in the euro area and general trends in the eurozone economy. In addition, his comment on the external fundamental background, especially against the background of continuing trade conflicts, is of particular interest. 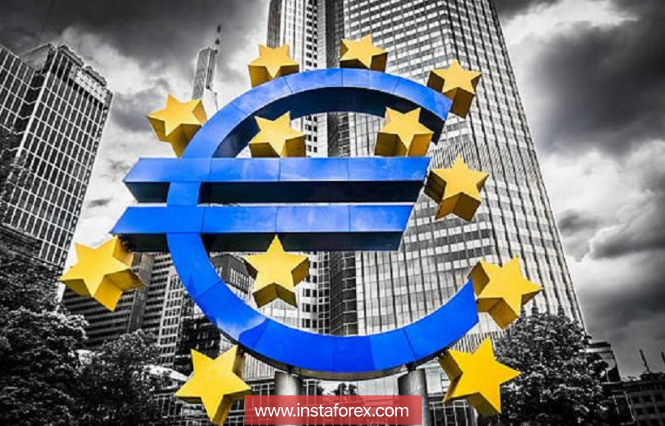 Here it is necessary to make a small digression. Let me remind you that Mario Draghi has repeatedly criticized protectionism in world trade, raising this problem as a factor of uncertainty for ECB members. In other words, he linked global trade conflicts to the prospects for monetary policy in the eurozone. First of all we are talking about trade relations between the EU and the USA. After the head of the European Commission reached preliminary agreements with the US President, Mario Draghi somewhat softened his position on this issue, while maintaining his inherent caution. He said that there were no final results of the negotiations, so we should wait for them before making any conclusions.

After the fact, he was right, as the first meeting of the working group on this issue ended in vain. According to its participants, at the end of September, the parties will again meet and start developing a trade deal between the US and the EU. Despite the fact that Brussels and Washington are clearly trying not to bring the situation to an open conflict, the situation remains de facto in limbo. Therefore, Mario Draghi can focus on this aspect tomorrow.

Moreover, other trade conflicts continue to persist: Trump threatens to impose additional tariffs on all Chinese imports, and Beijing, in turn, plans to impose sanctions against the United States. In addition, the White house began to exert some pressure on Japan: the second meeting of the trade minister of Japan and the US trade representative will be held on September 21. The Japanese do not want to conclude a free trade agreement with the Americans, despite Trump’s threats to impose tariffs on cars imported from Japan.

Thus, Mario Draghi has plenty of reasons to be cautious: starting from the uncertain perspectives of Brexit and ending with global trade conflicts. Therefore, in my opinion, the head of the ECB will take a dual position tomorrow: on the one hand, it will positively assess the growth of inflation in the euro area against the background of a decrease in unemployment, but on the other hand – will note the risks and high degree of uncertainty in the financial markets.

Such a generally neutral position can put pressure on the European currency, as traders want to hear from the ECB head at least a hint of willingness to raise rates next year. According to general expectations, the central bank will start tightening monetary policy in the second half of next year. And if Draghi at least veleidly confirms these intentions, the euro will get a reason for large-scale growth. However, knowing the known caution of Mario, such a scenario is very unlikely.

Now a few words about the US release. Let me remind you that the inflationary component of Non Farms at the end of last week supported the dollar, wages are rising at a good pace, exceeding modest forecasts of currency strategists. Therefore, if tomorrow the consumer price index confirms “healthy trends” in this direction, the probability of the fourth rate hike by the Fed this year will increase, and the dollar index, respectively, will show a positive trend.

According to preliminary forecasts, annual inflation will slow down slightly to 2.8%, while on a monthly basis it will grow to 0.3%. The consumer price index excluding prices for food and energy (Core CPI) should remain at the July level, i.e. at levels of 2.4% and 0.2%, respectively. Most likely, this release will have a significant impact on the pair only if it deviates from the forecast scenario.

In general, the euro-dollar pair may either fall under the 15th figure or test the resistance levels of 1.1650-1.1680 tomorrow. This will be the case if the release of the CPI and the rhetoric of the ECB “will resonate” with each other: for example, the strong growth dynamics of the US inflation will coincide with the soft rhetoric of Draghi. Or in a mirror situation, when weak data from the US will coincide with the unexpected optimism of the ECB head. But if these events pass “unheeded”, then the pair in the medium term will not be able to get out of being flat, having demonstrated only impulsive price jumps.

From a technical point of view, the EUR/USD pair still needs to gain a foothold above 1.1610 (the Tenkan-sen line on the daily chart). In this case, the Ichimoku Kinko Hyo indicator will generate a “Golden Cross” signal, which indicates the priority of buying. If this scenario is implemented, then the following price targets will be the boundaries of the Kumo cloud on D1 – 1.1650 and 1.1680, respectively.