EUR/USD. September 27. Results of the day. Europeans appreciated the increase in the rate and optimism of Jerome Powell 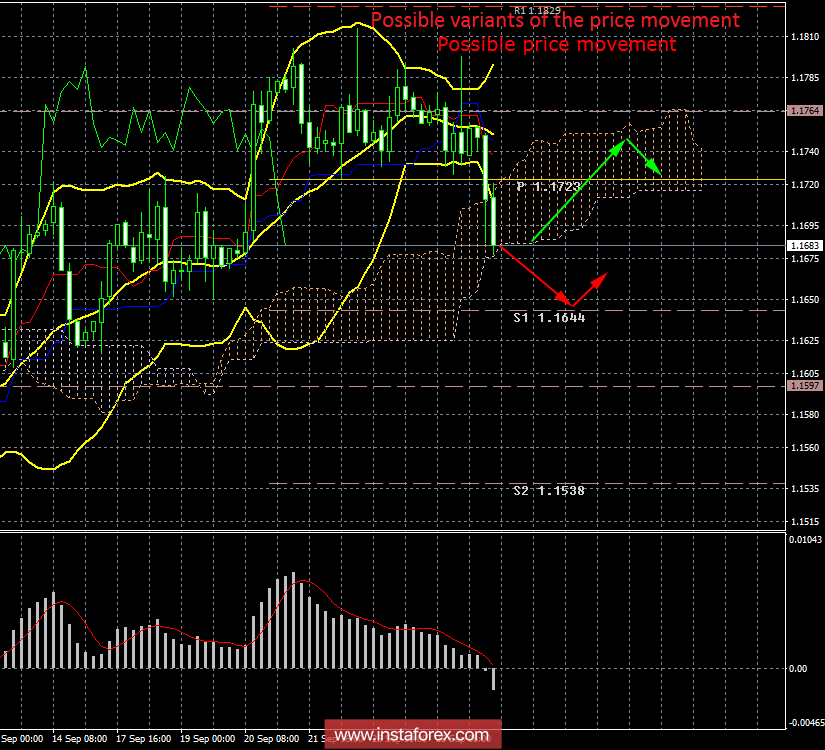 All macroeconomic reports scheduled for Thursday, September 27, have already been published. However, the strengthening of the US currency began at the Asian trading session, and continued at the European one. Thus, the Europeans appreciated the increase in the key rate and the press conference of Jerome Powell differently than the Americans, having seen a lot of positive things that there really were, and started buying the dollar. Plus, the US reports showed a positive trend. GDP in the second quarter showed an increase of 4.2%, which is fully consistent with the forecast. Orders for durable goods in August in annual terms added 4.5%, which is significantly above forecast values. And the index of personal consumption expenditure was 2.1% against the forecast of 2.0%. Thus, not a single disappointing report, a completely logical continuation of the strengthening of the US currency. Nevertheless, we still believe that the potential growth of the US currency is currently limited, as yesterday’s US session showed that Americans are more interested in a trade war with China, which in the near future may expand if Trump will introduce new trade duties in the amount of 267 billion dollars, which in general will cover absolutely all imports from China. And although many analysts believe that China’s economy will suffer a serious blow, we should not forget that the US economy will also suffer. Europeans do not pay attention to these risks yet.

The EUR/USD pair continues to move down and formed a new “dead cross”. Since there are no signs of the beginning of the correction now, it is recommended to continue to stay in shorts to support the level of 1.1644.

Buy orders will become relevant only after the start of the correction, which can signal the reversal of the MACD indicator upward. In this case, the target for small long positions will be the Kijun-sen line.