EUR/USD: The euro follows the pound

The unexpected price jump of the euro/dollar pair in the afternoon is primarily due to the news on Brexit. Brexit’s theme triggers high volatility for the third consecutive week. The main negotiator from the EU Michel Barnier again and again gives optimism to traders, increasing the probability of concluding a final deal between London and Brussels.

And although the reaction of the European currency to the Brexit process, as a rule, is secondary (the main beneficiary is the pound), on Monday the EUR/USD pair quite sharply jerked up after the sterling. In general, there has been some correlation recently, although not so long ago the euro was cool about the successes or failures of the negotiations. Apparently, the proximity of the “deadline” begins to put pressure not only on British investors, but also on the European business community. Various apocalyptic scenarios of the chaotic withdrawal of Britain from the EU used to concern mainly the country of the the UK, and now in the European press one can increasingly meet the expert assessment of the possible consequences for the countries of the Alliance. Therefore, certain steps towards concluding a deal are perceived by traders of the EUR/USD and GBP/USD with the same optimism.

As I said above, negotiators have recently “indulged” market participants with positive information. Today’s price momentum is the fourth in less than three weeks. Although over the past two years, London and Brussels rarely and slowly came to any consensus and compromise-only at the end of 2017, the parties completed the first stage of negotiations. The current pace of dialogue shows that the negotiating groups are determined to achieve results and are ready to make concessions. So, this morning there was information that Michel Barnier will soon receive final instructions that will increase the chance of concluding an agreement with Britain, as they contain a number of concessions on key issues. Here it is worth recalling that last week there were rumors on the market that Germany refused a number of requirements in the negotiations, thereby meeting the British. Officially, the Germans denied this information, but rather vague: the representative of the Ministry of Foreign Affairs stated that Germany “fully trusts Michel Barnier” in this matter. 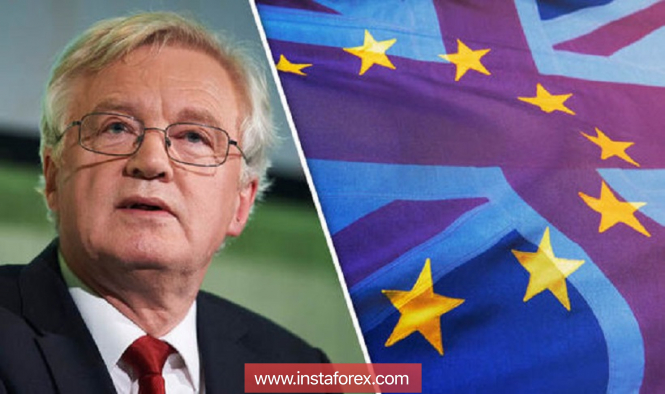 This position is consistent with the information that emerged today that Brussels will give Barnier a mandate to complete the negotiation process. According to preliminary data, at the end of September an informal EU summit will be held in Austria, where representatives of the Alliance countries should agree on a preliminary agreement. If the summit is successful, the deal will be submitted to the official EU summit (in October) and then – at a special summit, which will be devoted exclusively to the “divorce” process of Britain and the EU. Tentatively, it is planned to be held in November, and it can put an end to the long-term negotiation process.

On the one hand, the algorithm of actions fits into the time frame, but on the other hand, any hitch in the negotiations or lack of compromise on the Irish border can completely negate the optimistic plans of the negotiators. That is why today’s statement by Barnier caused such a price surge for the pound and the euro. He said that, in his opinion, it is quite possible to conclude general agreements on Brexit in the next month and a half or two. The key unresolved issue is the fate of the Irish border, but now the parties are trying to “simplify it as much as possible.”

He also noted that the negotiators have reached a lot of compromises on various controversial issues, and Theresa May’s “Chequers” plan is not so bad, as the parties learned “a lot of useful” from there. A “cherry on top of the cake” of such a positive picture was Barnier’s statement that Brussels is ready to make the British a “quite important and exclusive” offer, without going into details. About a certain “special offer” Barnier said before, however, the market reaction to these words was short-term.

Now we can assess the set of fundamental factors that add up to one picture. By and large, the negotiators have one of the most serious issues, which is a stumbling block – the Irish border. Today there were optimistic notes regarding its resolution. In my opinion, if the parties find a consensus on this issue, the probability of concluding a final deal will increase to 90-95% (now the parties themselves estimate the chances of 80%). Therefore, the topic of the Irish border should be carefully monitored.

In addition, if you add up all the various rumors and comments, you can come to the conclusion that the parties are set to conclude a framework agreement at the end of September, for approval of the top officials of the EU countries in October, and in November to hold a “solemn part” of the conclusion of the negotiation process.

As I said above, the European currency has recently shown a stronger correlation with the Brexit process. Further optimism on this issue will continue to support the euro. From a technical point of view, the EUR/USD pair needs to consolidate above 1.1620 (Tenkan-sen line on the daily chart). In this case, the Ichimoku Kinko Hyo indicator will form a “Golden cross” signal, which indicates the priority of purchases. If this scenario is implemented, the next price targets will be the boundaries of the Kumo cloud on D1-1.1645 and 1.1680, respectively. But here it is worth noting that last week this attempt of EUR/USD bulls failed.The material has been provided by InstaForex Company – www.instaforex.com