The American currency, as if fulfilling the wishes of Donald Trump, is cheaper throughout the market. The dollar index fell to four-week lows, and the overall fundamental picture continues to change before our eyes.The last steps of the President of the United States has reduced the intensity of stress in the world, although it is still far from full discharge. And yet Trump is gradually showing contractual capacity, demonstrating the talent of a big entrepreneur rather than a politician. Before concluding a deal, he exhausts the opponent for a long time, constantly raising stakes, using available leverage – and only then invites them to the negotiating table. We can not say that this tactic is a losing one: in the last few months, the US president was able to negotiate with the European Union and Mexico, concluding in the first case, a preliminary deal, and in the second – a full-fledged one. And here it is worth recalling that these agreements were preceded by months of negotiations, and with the European Union, the US almost started a large-scale trade war.

During the period of global tension, the dollar felt quite confident, having significantly strengthened against a basket of major currencies. Traders saw the U.S. currency as a “safe haven”, thereby provoking the rally of the greenback. Now the situation is changing, and on almost all fronts.

First of all we are talking about trade relations between the U.S., Mexico and Canada. The protracted negotiations, which dragged on for more than a year, can be completed this week – if Washington manages to convince Canadians to join the renewed deal. US Treasury Secretary Steven Mnuchin admitted the possibility that a trilateral agreement will be concluded before the end of this week. For the sake of the negotiation process, the Canadian foreign minister even canceled her official visits to France and Ukraine.

For the markets in this case, the precedent itself is important: after all, until recently Trump was ready to break the deal, withdraw from NAFTA and impose new duties on tariffs of automotive products from Canada. Now there is a real chance to restore stable trade relations. This situation is considered by many experts as the first serious step towards a global “thaw”, referring to a possible trade truce between the United States and China. Moreover, the parties are trying to find common ground, although, to no avail.

And yet even the US-China conflict is not hopeless: according to some experts, now there is a “big diplomatic game”, the bulk of which is conducted in a non-public sphere. Thus, the first round of negotiations ended with nothing – on the one hand, the negotiators did not declare any agreements, but, on the other hand, the opponents did not “slam the door”, but tactfully and peacefully commented on the results of the meeting and promised to continue the dialogue. Trump, in turn, said that the Chinese “want to talk”, however, in his opinion, now they have “absolutely nothing to talk about.” 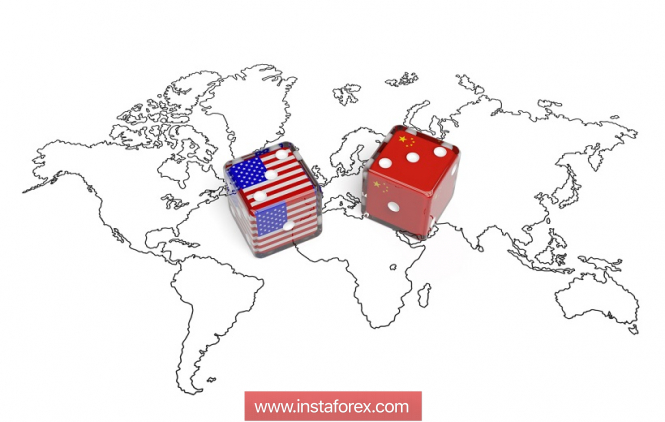 However, according to some analysts, the situation is actually quite the opposite – it is the Chinese who do not force events with a truce with an eye to the upcoming Congressional elections (November 6). Supporters of this version believe that Beijing will weigh all the “pros and cons” based on the results of the American plebiscite: if the Republican party loses control over the Congress (now they have a majority in both houses), the behavior of the US President may change. It is worth noting that in November, Americans will re-elect all congressmen and a third of senators, so the political configuration in the country can change significantly. Given this fact, we should not expect any sensational deals between the US and China until the end of autumn: now the parties are conducting reconnaissance negotiations, preparing the ground for a possible agreement.

In my opinion, the market is well aware that there will be no quick resolution of the US-China conflict. But the very fact that the parties are willing to negotiate and seek a compromise increases the demand for risky assets. The dollar in this case was the loser, especially after the critical comments of Trump to the Fed against the background of cautious rhetoric of the head of US central bank Jerome Powell.

The European currency, in turn, continues to show character. The Turkish crisis, which “choked” the growth of the euro, went into the background: the fall of the Lira slowed after Qatar sent 15 billion dollars of direct investment to the Turkish economy. In addition, today it was reported that Germany is also ready to provide financial assistance to Ankara so that the Turkish crisis does not destabilize the situation in the EU. Such a news flow supports the euro, especially against the backdrop of rising inflation in the eurozone and falling unemployment.

Thus, the current fundamental picture allows the euro/dollar pair to test a fairly strong resistance level in the near future -1.1750. At this price point, the upper limit of the Kumo cloud on the daily chart coincides with the upper line of the Bollinger Bands indicator. In addition, this mark corresponds to the average line of Bollinger Bands on the weekly chart. If the price is fixed above this target, the bulls of the pair will be opened the way to the level of 1.1890 (Kijun-sen line on W1). However, this requires a powerful news driver that will allow the pair to overcome the barrier impetuously and gain a foothold in a new price niche.