EUR / USD: too few arguments for the price increase

The currency pair of euro / dollar this morning tested the 16th figure, showing corrective growth. The EUR / USD bears yesterday could not push the price below the important support level of 1.1520, so the bulls temporarily seized the initiative and tried to return the pair to the previous framework. However, this attempt failed as well. The fundamental background remains quite negative and so far does not have to large-scale price recovery. 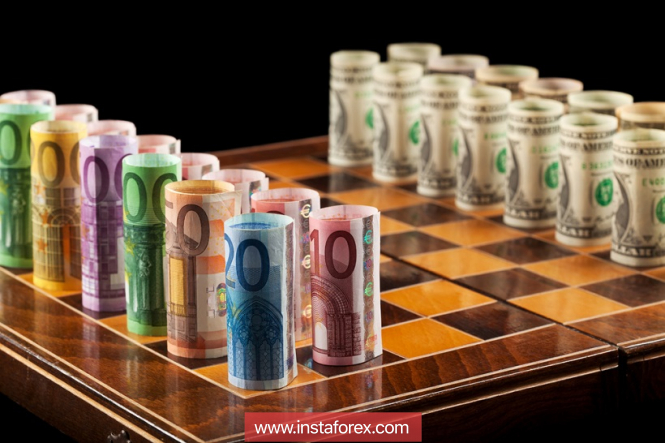 I will note that there is still a reason for cautious optimism. Today, signals have begun to arrive that the Italian authorities are ready to compromise on the budget issue for the next year, namely, in terms of the level of its deficit. So far, this is an unofficial position of Rome. Relevant information was published in the Italian press, and in two influential publications at once.

By and large, this is the predictable ending of a large-scale scandal. On the one hand, the Italians will still significantly exceed the previously anticipated deficit level (0.8%). On the other hand, they will be able to justify the partial failure of their election promises by pressure from the EU leadership. Brussels, in turn, will reduce the risk of a debt crisis without the threat of a political crisis in Italy and the escalation of anti-European sentiment in this country. According to preliminary data, Rome is ready to lower the deficit bar to 2%, although, in my opinion, the final compromise will be slightly lower, at the level of 1.9%.

Against the background of such news, the EUR / USD currency pair jumped to the borders of the 16th figure, but almost immediately retreated. Firstly, the voiced information is unchecked, and, secondly, the position of Brussels on the proposed draft compromise budget is still unknown. It is likely that the parties will until the last take “principled” positions, and only at the last moment will go on mortars. It is worth recalling that the Italians have almost three weeks to approve the draft budget (until October 20), so these games of a political nature can last more than one day and more than one week.

In other words, the European currency gained too weak a trump card to oppose the dollar, which is still gaining momentum. The dollar index is in the region of 95 points, demonstrating the recovery of the currency throughout the market. Against this backdrop, the euro looks too faded and uncertain, especially under the weight of Italian uncertainty and a slowdown in core inflation.

But the US dollar is growing due to the high probability of raising the rate to 2.5% at the December meeting. Yesterday’s rhetoric of Fed Chairman Jerome Powell, who spoke at the economic conference in Boston, did not disappoint traders. He did not focus on the August slowdown in inflation and the escalation of the trade war between China and the United States. On the contrary, he voiced very optimistic forecasts regarding the growth of the American economy. According to some experts, Powell is gradually preparing the markets to accelerate the pace of rate hikes next year. Now, the market highly appreciates the chances of a rate increase at the last meeting this year (80%), while the prospects for the next year are rather vague. 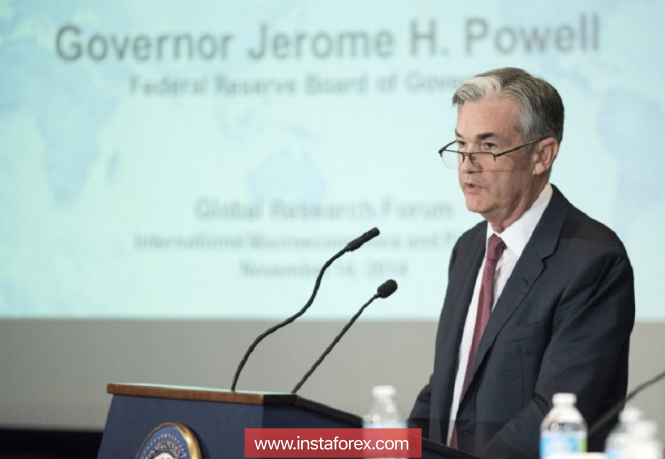 Some are confident that the Fed will raise the rate three times, but most traders doubt this, allowing for two or even one increase. As some currency strategists believe, the Fed chief decided to change market expectations to more “hawkish”, thereby reducing undesirable volatility in the future.

His rhetoric has indeed become more rigid in recent times, when negative nuances have been skillfully set off by the sheer success of the American economy. It is worth recalling that at the end of 2017, traders expected only a double increase in the framework of 2018. But when the regulator seriously voiced intentions to raise the rate three or four times, the dollar showed a strong rally (earlier this year), strengthening in pair with the euro by almost a thousand points, from the February level of 1.25 to the May marks in the area of 1.16.

Thus, the US dollar has the potential for its large-scale growth if Powell’s rhetoric continues to tighten and the likelihood of accelerated rates of increase in rates in 2019 will increase. Of course, the basic condition for such a scenario is the positive dynamics of key macroeconomic indicators. Therefore, Friday Nonfarms will be of great importance for traders of the pair. If the labor market confirms its “reputation” and the inflation component (average hourly wage) fails, then greenback can continue its attack on all fronts, including in pairs with European currency.

From a technical point of view, EUR / USD bears have the same task on the agenda. To consolidate below the level of 1.1520 is the lower boundary of the Kumo cloud on the daily chart, which coincides with the bottom line of the Bollinger Bands indicator. If this scenario is implemented, the Ichimoku Kinko Hyo indicator will form the “Parade of Lines” bearish signal, and the pair will most likely mark their presence within the 14th figure, heading towards its base.