Euro and pound initiative will not be given

The US introduces a new package of duties on imported goods from China, the volume of goods is $ 200 billion, duties are introduced at 10% and will begin to operate from September 24. Thus, Donald Trump fulfilled his promise, but at the same time, made an attempt to leave a window of opportunity for new negotiations, since the amount of fees is significantly lower than previously announced 25%.

China, however, did not appreciate such gesture. Earlier, it was announced that China’s retaliatory move would concern the working conditions of American companies in the Middle Kingdom. In particular, they will increase procurement prices for raw materials and components, which will increase production costs and make US companies’ products uncompetitive.

The development of events in the declared direction is capable of bringing down global stock markets and leading to a sharp increase in demand for protective assets.

The level of inflation in the eurozone in August was 2%, the result fully coincided with the forecasts of experts and supported the growth of the euro. Despite the fact that the indicator slightly decreased relative to July, in general, the price dynamics in the eurozone is positive and fundamental changes are based.

The main contributor to the growth of inflation in the coming months will be the growth of labor costs. In 2018, the average wage growth was 2.3%, this is the highest level in 10 years, the growth affected most of the euro area countries, it is expected that tightening in the labor market will lead, among other things, to productivity growth. That, in turn, will also affect prices in the direction of their growth. 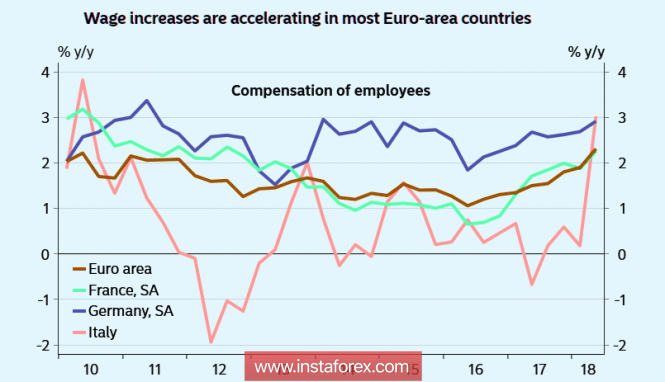 On Monday, ECB board member Benoit Kere announced that the regulator could begin to provide additional information on interest rate changes in the future in order to obtain an additional instrument of influencing market interest rates. Currently, the markets expect that the ECB will make the first increase in the second half of 2019, approximately six months or slightly after the end of the asset buy-back program. This time, lag is needed in order to better understand the consequences of the mitigation policy that lasted for several years. However, the ECB does not give any exact benchmarks yet, and this is exactly the moment he proposes to fix.

In fact, his proposal means that investors can, at any time, receive official confirmation of the ECB’s plans, which can provide strong support for the euro. The forecast for EUR / USD on Tuesday remains bullish, the euro has closely climbed to the resistance level of 1.1720 and with a high probability will overcome it, the target is 1.1790.

Brexit remains the central theme in the UK. On Monday, Theresa May warned “dissenters” in the Conservative Party that the alternative to her scenario is the absence of a deal, which, in turn, is even worse. EU negotiator Michel Barnier has already largely softened the position of the European Union, but now the key factor is the inner-party split in the ruling party.

The situation is so complicated that the IMF also had to express its concern. In his opinion, the preparatory works will not be completed before March 29, 2019, so some “transitional agreement” is necessary, in this case, GDP growth may reach 1.5% in 2019 and 2020. Of course, this is not enough for positive expectations on the rate, since there is no reason to believe that the economy of Britain is threatened with overheating, there will be no effect of the weak pound, which will be reflected in the lowering of the output. 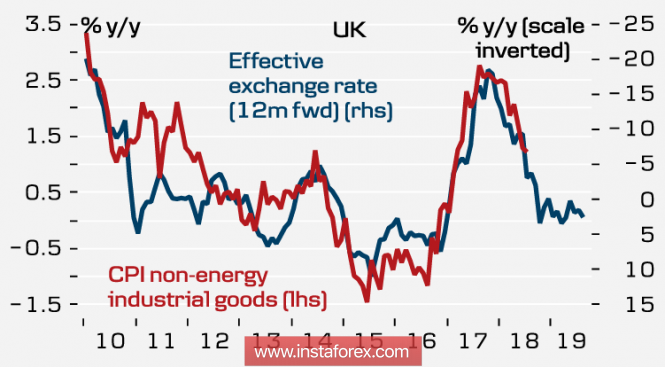 On Wednesday and Thursday, an informal EU summit will take place in Austria, where, possibly, Bernie’s action plan will be amended to facilitate the agreement by the end of the year.

As for macroeconomic data, the most important release will be the publication of the August inflation report on Wednesday, the likely slowdown in price growth will put pressure on the pound and stop corrective growth.

On Tuesday, the pound has the opportunity to continue its growth, GBP / USD will be aiming for 1.3270, however, in the coming days to reach this level of chances is not very much.