Euro and pound may continue to decline

Markets differ on the outlook for the US economy, which also affects the inconsistency of forecasts for the dollar. On the one hand, the outcome of the Fed meeting was perceived positively by the markets, as the forecasts remained stable, and the unanimity of the FOMC members at the rate did not allow doubting the hawkish intentions of the Committee.

Despite the problems associated with the trade war, the US economy is in good condition and has sustained growth. Employment is close to maximum, the average wage growth rate is sufficient to count on further inflation, small business optimism, and consumer confidence exceed the pre-crisis level. 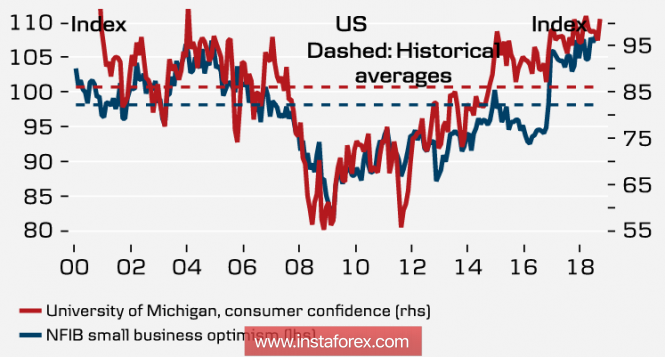 The general view of the market is that the Fed will continue to raise autopilot rates, aided by the revision of GDP growth rates for 2018 and 2019. These expectations will drive up bond yields and support the yield spread in favor of the dollar, which, along with a reduction in the Fed’s balance sheet will strengthen it.

At the same time, concerns are growing. The budget committee of the Congress issued two comments on the June long-term budget forecast, which again emphasizes the danger of a sharp increase in the budget deficit as debt accumulates and interest rates rise. Expenses due to this will increase dramatically, that is, net interest payments will eat up an increasing part of the federal budget, while income growth forecasts remain very moderate. There is no optimism and product balance, despite the intensification of the protectionism policies pursued by the Trump cabinet, there is no positive trend in foreign trade.

The CFTC report, published on Friday, showed that speculators are opening up more and more short positions on the dollar, especially against the loonie, the euro, the pound, and the franc. Along with the growth in oil demand, the dollar scenario looks more likely to be negative, growth this week may stall, especially against commodity currencies, and only the yen looks weaker than the dollar due to a lower risk level.

Today, the publication of ISM for the manufacturing sector may have an impact on quotes, a little-overstated data in isolation from the real sector reduces confidence in this indicator, but until Friday, when a report on the labor market is published, nothing more significant for the dollar will appear.

Core inflation in the eurozone rose in September by 0.9%, which is lower than a month earlier and lower than predicted. The overall inflation rate was 2.1%, which is explained by rising food prices and especially energy, but the weakness of basic data increased market fears that the ECB would decide to increase the rate in the summer of 2019. Just a few days before the release of data, the ECB President Draghi in the European Parliament described the growth of inflation as “energetic”, but now the chances that the ECB will delay the rate by December of next year have increased. 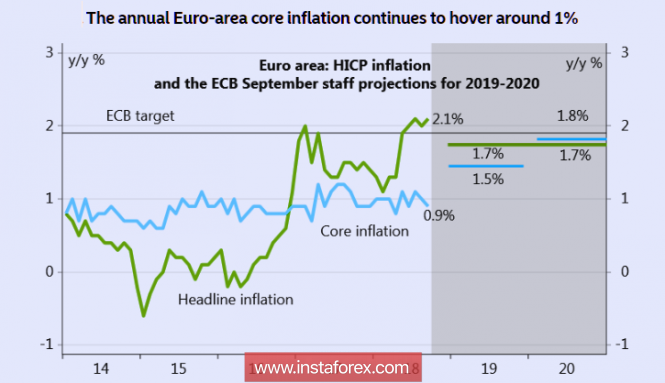 Such changes could not but affect the euro, which is under pressure on Monday. The outlook is negative, EUR / USD will continue to move to the support level of 1.1526.

The Brexit factor remains dominant in assessing the prospects for the British economy. The updated data published on Friday for the 2nd quarter did not add any positives. GDP growth was 1.2%, which was lower than expected, the balance of payments noticeably worsened. The volume of commercial investment fell by 0.7 billion pounds to 47.5 billion, no reason to expect a change in the negative dynamics is not yet visible. 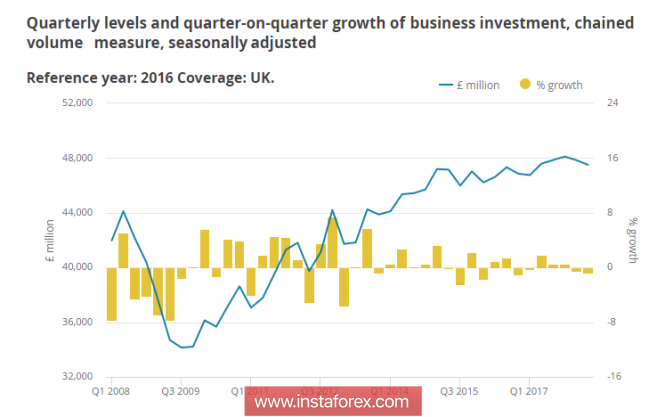 Today, the Bank of England will report on the dynamics of consumer and mortgage lending in August, given the marked slowdown in the construction sector, data may be out of expectations, which could put additional pressure on the pound.

The pound cannot be supported even by the rise in oil prices, although historically it has usually reacted to the dynamics of prices as a commodity currency. Today, the pound will remain under pressure, likely to decline below 1.30 with a subsequent increase in the activity of bears, the immediate support of 1.2895 can be achieved in the perspective of two or three days.