FOMC passes the baton to the Bank of England

As expected, the US Federal Reserve unanimously kept the range at the current base rate of 1.75 – 2.00%, the text of the accompanying statement did not contain anything new. FOMC notes the balance of economic risks and the growth of costs and investments, and therefore considers inflation expectations stable and expects further growth of the labor market.

The dollar did not react to the results of the meeting, maintaining stability at the end of the day, while the earlier published macroeconomic indicators looked ambiguous. The ADP report on employment in the private sector in July was better than expected, 219 thousand new jobs, the best result since February, which allows us to hope for a good report on employment in general. 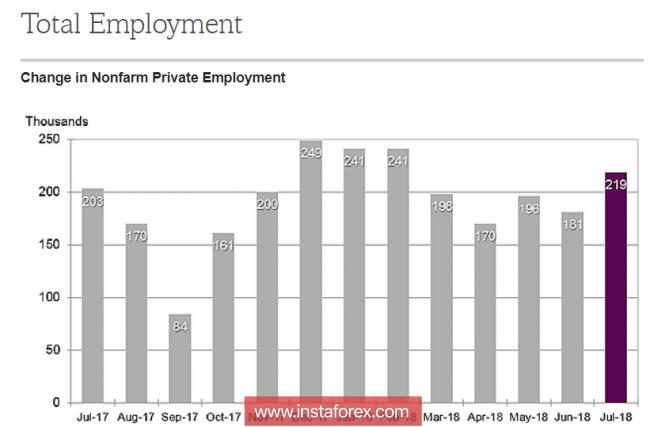 At the same time, PMI indices indicate a slowdown in business activity. In the version from Markit, the index in the manufacturing sector fell from 55.5 to 55.3p, experts did not expect changes, a similar figure from the ISM fell from 60.2p to 58.1p. The construction costs dropped, the volume of transport sales fell noticeably, on the whole the situation does not look complacent at all, and the confidence in the steady growth of the economy has diminished.

Friday is able to add volatility, except for the main event of the day – the employment report is scheduled release of data on the trade balance and PMI in the services sector. Despite the overall stable position of the dollar, there is no certainty of renewing its growth, the trend should be supported by good statistics.

Weak GDP data reduces optimism on the euro’s outlook, as it may indicate a slowdown in economic growth and a decline in overall consumer activity, which will put pressure on inflation expectations. Despite the fact that the core inflation in June rose unexpectedly from -0.9% to 1.1%, it still remains low to count on the ECB’s full exit from soft monetary policy, which in turn could push the first rate increase from June 2019 to September or even in December.

The euro continues to trade in a range with a downward trend, support for 1.1616 today will be tested, growth is limited to the level of 1.1740.

The Bank of England will hold an extended meeting today, which is expected to raise the base rate by a quarter of a percent. Despite the fact that the probability of an increase exceeds 80%, a number of factors still point to the weak prospects for the pound.

These factors include, first, a weaker wage growth, compared with the previous meeting in May (2.7% vs. 2.9%), and secondly, a slowdown in the growth of core inflation. 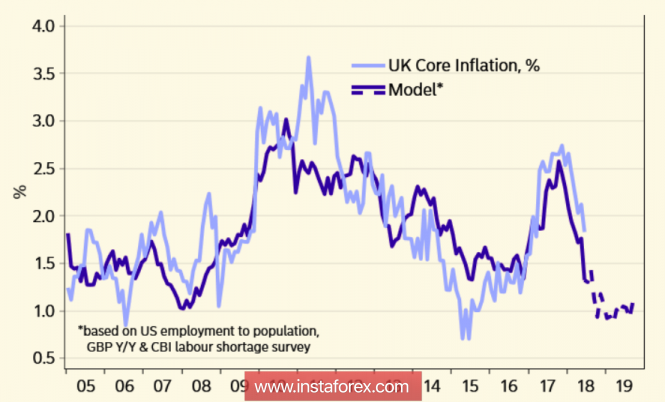 The closer the date of the official withdrawal of the UK from the EU, the higher the risk premium, investors fear growth of EURGBP, which puts pressure on the pound and prevents it from starting recovery even against the expected rate increase.

The outlook for the pound on the results of today will depend directly on the two parameters. The first of these is the layout of the voting members of the Cabinet. For the growth of the pound, it is necessary that no less than 7 members vote for the rate increase, otherwise the market will see the uncertainty of the Cabinet and will vote for the sales of the pound. Secondly, the correction of quarterly forecasts is likely to decrease, which will also lower expectations for another rate increase next year.

Oil declined on Tuesday and Wednesday, reacting to the negative reports API and EIA, which showed a significant increase in inventories against the background of a decline in production in the US. At the same time, the geopolitical situation is not conducive to lower quotes, so it is likely that Brent prices will recover to $ 74 / bbl by the end of the week.

The ruble looked weak on Wednesday, subject to both the general market trend for strengthening the dollar, and reacting to a number of negative factors, which include both a sharp drop in oil and a number of internal factors, such as intervention by the Finance Ministry and the growing threat of sanctions on Russia’s public debt . The ruble can test the strength of resistance 63.76 even before the end of the week.