The euro continues to keep intrigue, keeping at the high of August. But against the background of a general fall in related currencies, especially Australian, New Zealand dollars, not to mention less stable currencies, such an undertaking is already losing its meaning. You can, of course, go to the range 1.1750-1.1822, since not everything is lost, but you will have to fall faster after that. 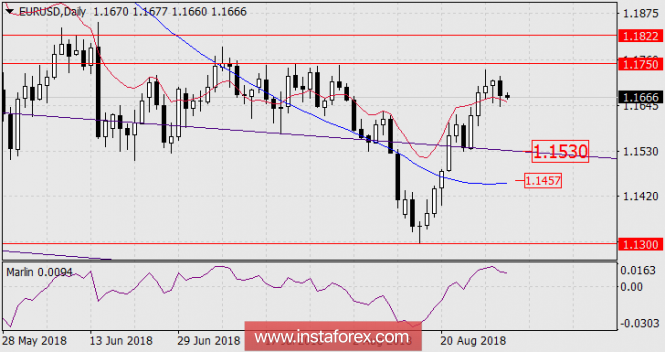 Technically, on the daily chart, the price is held by the indicator line of the balance sheet, and also on a four-hour scale. At the same time, on H4, the signal line of the oscillator Marlin moved downwards, into a zone of negative values. The euro again grows against the fundamental factors, which is reflected in the different interpretations of technical indicators. However, yesterday, there were also external conditions, the stock market fell (S & P500 -0.44%). 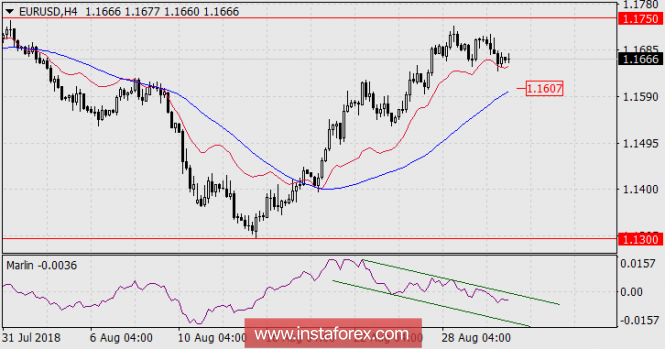 If the movement of the last two days is a correction from the growth of the second half of the month, then it can continue to support the indicator trend line at H4, to 1.1607, and then with new forces will go on storming the range 1.1750-1.1822.