At the end of Friday, the euro lost 70 points, thanks to strong performance in the US labor market in August. The number of jobs outside the agricultural sector added 201 thousand against the expectation of 191 thousand, the July figure was revised down by 10 thousand, to 147 thousand. No less optimism caused a sharp increase in wages – 0.4% (2.9% yoy) – the largest monthly growth in the last 9 years. European indicators on that day were summed up by the euro. Germany’s trade balance for July was only 15.8 billion euros against the forecast of 19.1 billion, industrial production fell by -1.1% (the forecast was 0.2%). 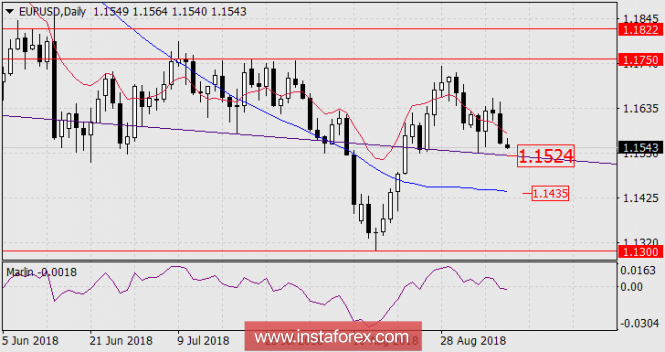 On the daily timeframe, the price fixed below the indicator balance line, less than 30 points remained to the nearest target of 1.1524. The signal line of the oscillator Marlin moved to the territory of negative numbers. To fully consolidate the downward trend, the price should be fixed under the Kruzenshtern trend line in the area of 1.1435. 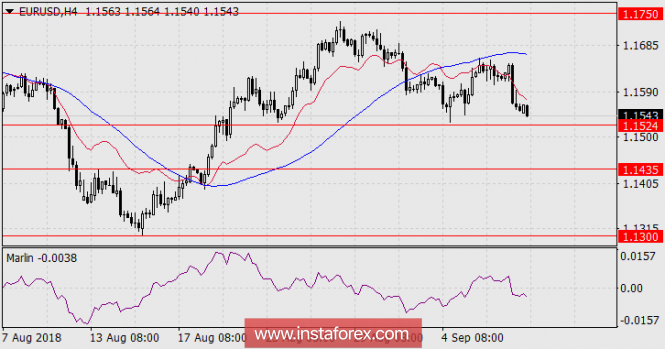 On the four-hour chart, reversal features are not observed, the price under all indicator lines, Marlin does not show reversal patterns. The main risk to the downgrade scenario comes from the trend lines, from which the price may unfold.