In the first half of yesterday, the euro fell by 30 points under pressure from retail sales data. There is also another 30 points lost on Wednesday (0.0% in September) and a weak trade balance of Germany and France on Thursday (17.6 billion from Germany against the forecast of 18 2 billion and -5.7 billion euros from France). This is according to the release of the Fed statement on the results of the Euro session. The statement noted the acceleration of economic growth and employment rates. 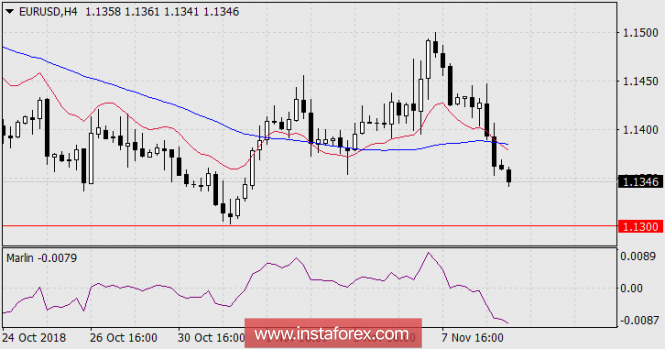 On the four-hour chart, the price was fixed under the lines of balance (red) and the trend Krusenstern. Now, looking on the daily and four-hour charts clearly pronounced downward trend. Congressional elections have passed, the hype has stopped, both parties welcome a strong dollar. The Republican – as an effect and an instrument of economic expansion and Democratic – as the best condition for expanding banking influence in the world. Next week, the Treasury is placing $ 84 billion in short-term debt (bills and bonds up to 1 year). And in a week, we are waiting for a new wave of placement of medium and long-term securities. So, we are waiting for the euro at the level of 1.1300. After fixing another round target, 1.1200 opens under it. 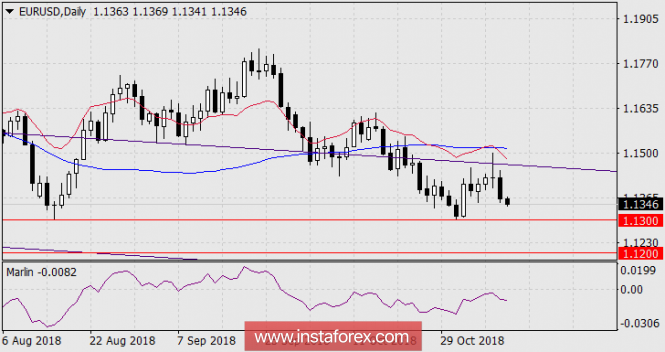