On Friday, the euro fell 36 points under pressure from political risks in Europe. The budget problem of Italy was supplemented by an armed conflict on the border between Serbia and Kosovo. Personal incomes of consumers in the US increased by 0.3% in August and personal expenses also by 0.3%.

On the daily timeframe chart, the balance indicator line supports the price as the signal line of the Marlin oscillator has moved to the zone of negative numbers, indicating a downward trend. The purpose of the decline is the magnetic point formed by the intersection of the price channel line and the MACD line of 1.1503.

On the H4 chart, the decline occurs in its own way with the indicator lines above the price. The trend line (blue) is reversed.

After the fixation of the price under trend lines below 1.1503 on the daily timeframe, the target opens to 1.1300, which was the minimum on August 15. 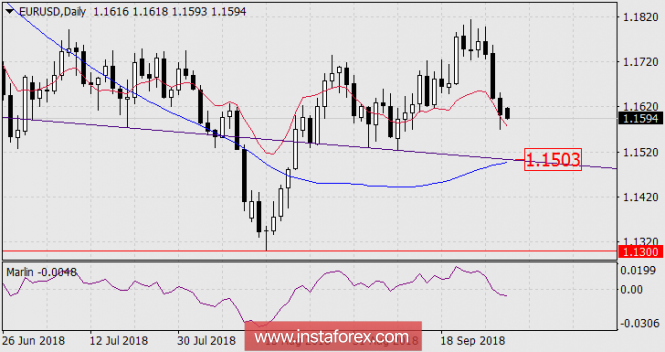 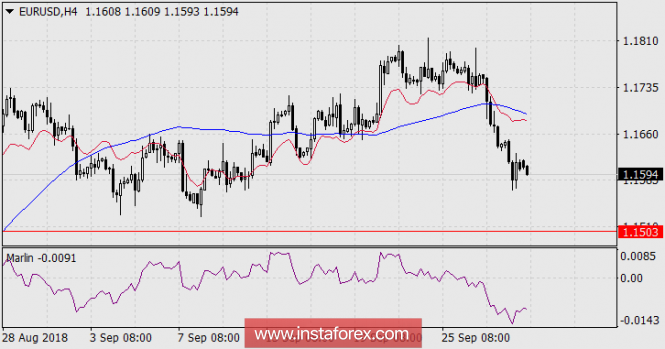