After an upbeat pound on Wednesday, the British currency slid by 18 points yesterday, both due to the overall strengthening of the dollar, and due to the absence of any specifics on some “outstanding” terms from the EU in the proposed trade agreement. Also, the net volume of new loans granted to individuals in July amounted to only 4.0 billion pounds sterling against the expectation of 5.5 billion. And this is the lowest monthly volume of lending in the last two years. 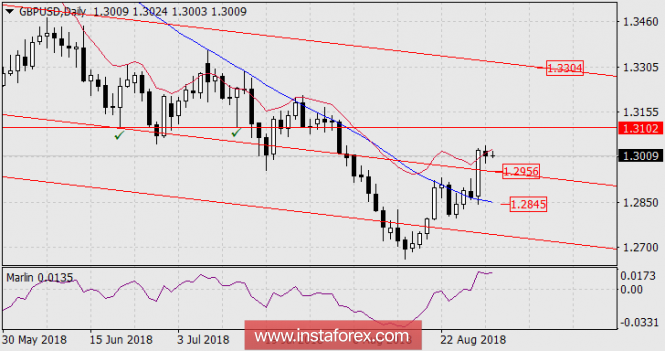 On the daily chart, the price quickly returned to the balance line, at H4 price with the oscillator Marlin formed a divergence. Moreover, the price unfolded exactly from the upper limit of the rising microchannel. Perhaps this is the end of the correction. But to create a bearish trend, the price has yet to be made. The first task is to gain a foothold under the descending trend line of the price channel on a daily scale (1.2956). Then the price should be left from the microchannel to H4 approximately in the place where the Kruzenshtern line is located (1.2896), then to overcome the last line of defense of the “bears” – support of the Krusenstern trend line at the daily scale – 1.2845.

But while the downward trend is not formed, the risk of breaking through the level of 1.3102 remains, which will become a sign of further growth to 1.3304. 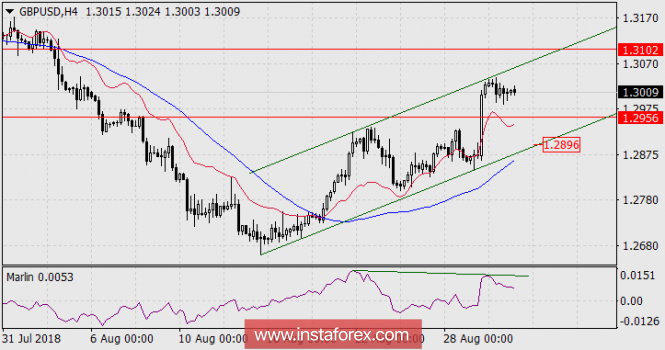