EUR/JPY has been trading with the bullish trajectory. The upward momentum led the price to reside around the resistance area of 131.50-132.00 from where it is expected to push lower in the coming days. EUR has managed to gain momentum despite recent mixed economic reports which subdued impulsive bullish pressure in the market.

At present, EUR gains are waning gradually against JPY. Any positive economic report from Japan or worse-than-expected report from the eurozone may arouse momentum in JPY, resulting in further bearish pressure in EUR/JPY in the coming days.

Now let us look at the technical view. The price has formed Bearish Divergence, while the price is residing inside the resistance area of 131.50-132.00 with a daily close. Currently, a bearish daily close is expected in the market before the price declines lower in the coming days. A daily close below 131.50 area will lead to further bearish momentum with a target towards 129.50 and later towards 125.00 support area in the future. 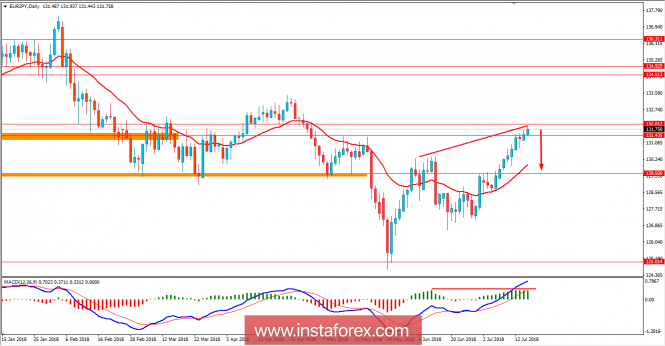