Fundamental Analysis of EUR/JPY for July 3, 2018

EUR/JPY has been quite corrective and volatile at the edge of 129.50 area recently. The price is currently expected to fall lower with a target towards 125.00 area in the coming days. Though JPY was getting weaker due to sluggish inflation this year, EUR is also domed to struggle for gains as well.

As for the current scenario, despite the worse economic report from Japan today it managed to gain certain momentum over EUR whereas EUR has been mixed with the reports published today. As the trade war tensions are going on, EUR is expected to lose momentum over JPY in the process. The market is likely to be volatile and corrective in the coming days whereas JPY is expected to have an upper hand. 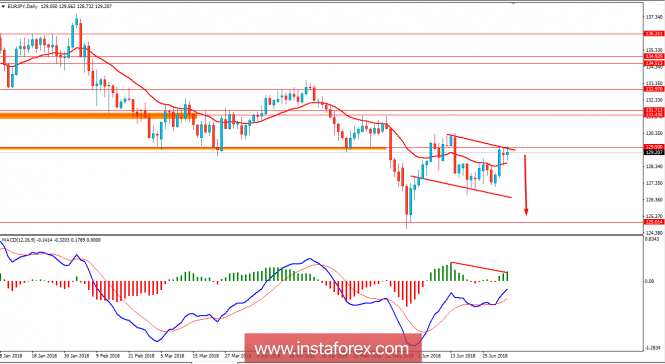