Today, the UK Average Hourly Earnings Index report was published unchanged at 2.5% as expected which did not trigger any gains for the currency in the process. Moreover, Unemployment Rate was also unchanged at 4.2% but Claimant Count Change was increased by 7.8k in June from the previous figure of -3.0k which was expected to be at 2.3k. Additionally, BOE Governor Carney was quite dovish in his speech today, expanding on grave risks to the British economy. Thus, he does not signal readiness of the regulator to raise interest rates in the short term.

At present, GBP is expected to struggle for further gains amid recent economic reports, whereas USD is performing better. Higher likelihood of two more rate hikes by the year end is certainly bullish for USD. As the economic calendar contains more macroeconomic reports from the UK this week, the pair is likely to trade with higher volatility but USD is expected to have an upper hand over GBP. 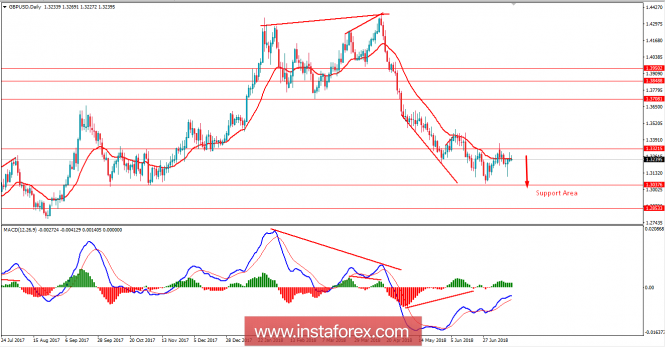