USD/JPY has been quite volatile and bearish in nature recently. The prive is expected to drop lower towards 111.00 support area in the coming days. Despite upbeat economic data today, JPY managed to sustain the bearish momentum it formed earlier.

At present, JPY is quite optimistic ahead of the upcoming economic reports. It is expected to draw attention of the bears in the pair, leading to certain gains over USD. Traders took little notice of upbeat retail sales report from the US, so USD is trading slightly lower that may lead to further weakness in the coming days.

Now let us look at the technical view. The price is currently struggling at the edge of Channel Resistance above 112.00 area. As for the current formation, the price is expected to push lower as the current price is quite away from the mean of 20 EMA which may result to certain bearish pressure in the pair before pushing much higher in the future. As the price remains above 110.50 area with a daily close, the bullish bias is expected to continue in this pair. 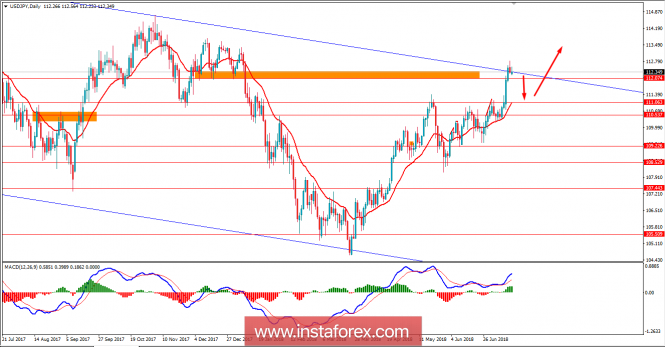