GBP / JPY: pound is vulnerable, but the yen is too weak

Today, it is better not to open trade positions for dollar pairs. The Fed’s September meeting may present surprises, given the general market expectations and recent macroeconomic and foreign policy developments. Predicting the reaction of the US currency is extremely problematic, since everything will depend on the position of Jerome Powell, who in turn can also quite unexpectedly shift the emphasis of his rhetoric to one of the parties. Therefore, if you do not treat trade as a lottery, it is better to take a wait-and-see attitude and calmly analyze the main theses of the head of the Fed, without looking back at the spasmodic dynamics of dollar pairs.

But to some cross-pairs today, you can take a closer look. Of particular interest is the cross pound / yen, which demonstrates a pronounced northern trend. On a weekly chart, each candle from the middle of August (except one) was bullish, even despite all the contradictory news about Brexit’s prospects. Such a stable dynamics makes one think about long positions in the pair, especially since the technical picture speaks of the priority of bullish sentiments and the price “gap” of 100 points, up to the level of the 150th level. 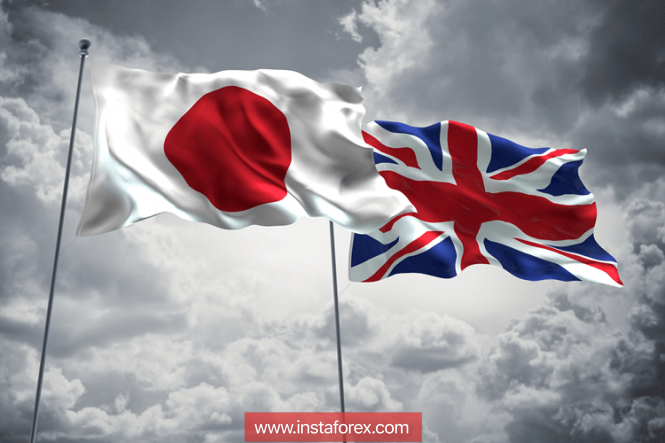 A fundamental picture of the pair also prefers the pound, however, with sufficient weighty reservations. If Brexit was not hanging over the British like a sword of Damocles, there would be no doubt. Inflation in the UK is growing at a record pace, unemployment is low, wages are rising, as is the country’s GDP. The Bank of England is ready to tighten monetary policy, and even at an accelerated pace, in response to rising price pressures. Alas, the entire list of “hawkish” factors is leveled by only one Brexit, especially after the failed summit in Salzburg.

The Brexit is the anchor that does not allow the cross-pair GBP / JPY to develop a strong northern trend but even in spite of this, the pair has been consistently growing for the second month in a row. The pound is certainly vulnerable, but while there is at least a minimal hope for a deal between London and Brussels, it will have an advantage over the yen, which is under constant pressure from the Bank of Japan. If earlier, the Japanese regulator spoke about at least some time frame in the context of the ultra-soft monetary policy, now, any time, restrictions have been lifted. During his last speech, the head of the Japanese regulator Haruhiko Kuroda said that the Central Bank is free to not limit itself to terms, although low rates will operate “not on a permanent basis.” 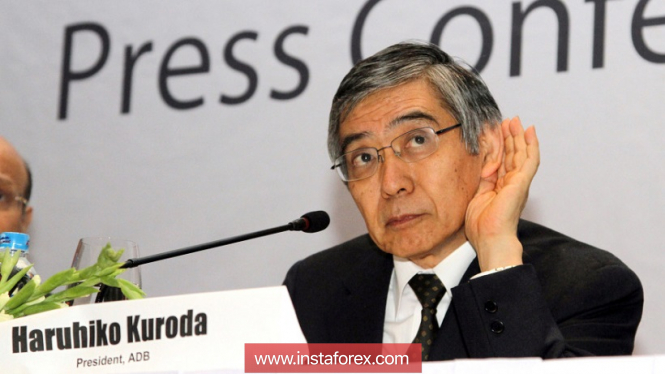 He also stressed that the current situation in Japan is fundamentally different from the situation in Europe and the US, so the regulator will keep interest rates in the negative area “a very long period.” After these words, experts shifted their forecasts about possible changes on the part of the Bank of Japan. Now, according to analysts, before the second half of 2020, we should not expect any decisive action from the Central Bank. And here, it is necessary to remember that this year, Kuroda was re-elected for a second five-year term, and among the members of the regulator, he has practically no “opposition”. At the September meeting, only two of the nine managers did not support the idea of keeping low interest rates.

Moreover, some of his colleagues are in favor of lowering rates further into the negative area and expanding the incentive program. Therefore, the Bank of Japan is unlikely to deviate from its course in the coming years except in the direction of easing monetary policy. Two months ago, the Japanese Central Bank had already made the first step in this direction, increasing the range of borders to -0.2%. After that, the regulator took a wait-and-see attitude. At its last meeting, Kuroda did not change the parameters of monetary policy, having exerted verbal pressure on the yen. He said that salaries are growing at an extremely slow pace, and inflation has not risen to even half its target of 2%, so the central bank “reserves the right” to resort to an appropriate reaction.

And although he did not elaborate on his point, the Bank of Japan has additional levers of influence (other than interest rate cuts). It is about increasing the volume of purchases of Japanese government bonds and increasing the monetary base. At which point, the Japanese regulator will move from “words to deeds”, nobody knows, but from the experience of the past years, one can assume that this will happen suddenly and without any prior warning.

Thus, the perspectives of tough Brexit do not yet frighten cross-currency traders, especially if on the other side of the scale is the long-running ultrasoft policy of the Bank of Japan with the prospect of further easing. It is likely that the situation will change dramatically if it becomes completely clear that the deal between London and Brussels will not take place. But until this happens, the GBP / JPY pair has the potential for its further growth to the mark of 150.05, this is the upper line of the Bollinger Bands indicator on the daily chart and the top line of this indicator on the weekly chart, which coincides with the upper boundary of the cloud Kumo. This is a fairly strong level of resistance, it is too early to talk about overcoming it. However, testing this target in the near future is by no means excluded.